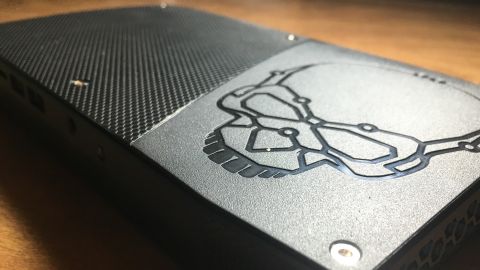 Muddled by confused marketing, the Skull Canyon NUC is an excellent mini PC for productivity with some light gaming on the side.

What if you could build a Steam Machine that's smaller than a console, more capable than the Xbox 360 and PS3 and fully customizable with the operating system (and even some components) of your choice? That's exactly what Intel hopes to accomplish with its latest series of NUCs, its "Next Unit of Computing" hardware.

Technically called the NUC Kit NUC6i7KYK, Intel has opted to dub its latest mini computer outing "Skull Canyon" for short, saving you the embarrassment of recommending such a long-winded name for a piece of tech.

The humiliation you may have to undergo instead is from purchasing a PC clearly marketed toward gamers only with Intel's integrated graphics to show off its gaming prowess. However, Intel promises this time is different. That's because this time Iris Pro graphics have hit the scene, naturally integrated into a 6th-generation Skylake Core i7-6770HQ processor.

For $649 (about £444, AU$904), the Skull Canyon wouldn't be a tough sell out of the box. It has the latest processor for getting your work done fast, a decent graphics solution for casual gaming in your downtime and a brilliantly designed, compact form factor with all the ports anyone would typically need in their day-to-day.

That excludes the cost of an operating system. If you opt for Windows 10, that could set you back up to 200 bucks more. Of course, you could always go for something like Ubuntu or SteamOS instead, which wouldn't add any potentially unneeded expenditures.

That purchase isn't quite as justifiable, especially considering the comparable price of a system with native support for a discrete graphics card. The Skull Canyon NUC is a niche product for a mindfully small audience. If you think you may be a part of that specific group, continue on ahead.

Next Page Design and Specifications