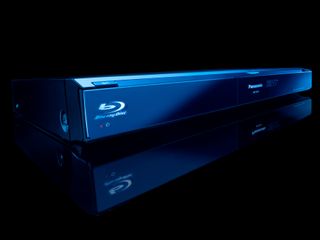 The DMP-BD50 has already been announced in the USA

Panasonic has announced that it’s launching a new Blu-ray player in the UK and the rest of Europe. Previously announced for the US at CES in January, the new player is an improvement on the slightly older BD30 model.

The company made the announcement during a three and a half hour presentation at its HD Networking Convention in Valencia, Spain earlier this week.

The Panasonic DMP-BD50 seems to be a fairly comprehensive profile 1.1 player. It’s got full 1080p image output, lossless Dolby TrueHD and DTS-HD sound, and also the ‘new’ picture-in-picture functions that Toshiba HD DVD players have had for ages.

The BD50 is also equipped with BD-Live compatibility, which will eventually let you connect the DMP-BD50 to the internet to download data such as images and subtitles. And also to join in quizzes and multi-player interactive games that are linked to bonus movie content contained on Blu-ray discs. This is, of course, also something that Toshiba’s HD DVD players had a long time ago.

The kick-ass features of the BD50 could actually be the bits that no one really seems to care about – the audio and video processors in the back end.

The player comes packing the PHL Reference Chroma Processor and a P4HD conversion processor, both original Panasonic technologies. The DMP-BD50's P4HD processes more than 15 billion pixels per second and applies the optimum processing to every pixel in the video data on the disc. The result is images with exceptional resolution.

In addition, you’ll be able to make use of Blu-ray disc titles with 1080/24p playback and Deep Colour, XV colour compatibility.

The player also comes with an SD-card slot so you can watch HD videos you may have recorded on a Panasonic video camera. And of course you’ll also be able to view slideshows of all your still shots.

What’s more, the BD50 is also DivX compatible, so you’ll be able to watch your downloaded content through the player.

Like most Panasonic products these days, the player is also Viera Link compatible. This enables you to control all your Panasonic kit with only one remote control.

Panasonic has not yet announced a release date or a price for the DMP-BD50.