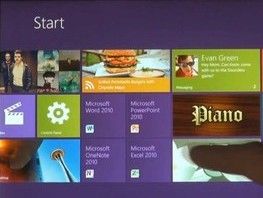 Windows 8 will run on Windows 7 machines

Windows 8 is to have the same or lower system requirements as Windows 7, Microsoft has announced.

Speaking at Microsoft's Worldwide Partner Conference, corporate VP of Windows Tami Reller, explained that the company intends the software upgrade to make it to as many PCs as possible.

"In both of our Windows 8 previews, we talked about continuing on with the important trend that we started with Windows 7, keeping system requirements either flat or reducing them over time," she said.

"Windows 8 will be able to run on a wide range of machines because it will have the same requirements or lower.

"We've also built intelligence into Windows 8 so that it can adapt to the user experience based on the hardware of the user. So, whether you're upgrading an existing PC, or buying a new one, Windows will adapt to make the most of that hardware."

The requirements for Windows 7 are the same as those for the much-maligned Windows Vista OS, although Microsoft hasn't confirmed that Vista machines will be able to run Windows 8.