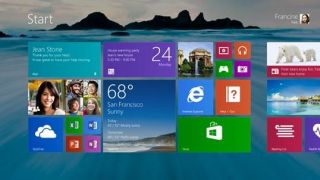 Hi ho, hi ho, it's off to manufacturing we go!

Seems like only yesterday we were reporting that manufacturers were ready to take possession of Windows 8.1, and now Microsoft has confirmed the news in a blog post.

Microsoft's Blogging Windows today confirmed that Windows 8.1 and Windows RT 8.1 have indeed been pushed out to the company's hardware partners ahead of a formal release this fall.

The release to manufacturing (RTM) announcement comes only 10 months after "delivering on a bold, generational change in computing" with the initial Windows 8 build.

Is it here yet?

Although Microsoft considers Windows 8.1 ready for primetime, the RTM milestone won't actually put it in the hands of consumers any earlier.

The folks in Redmond have already committed to an Oct. 18 release, but existing Windows 8 users will be able to download the free updates from the Windows Store beginning at 4 a.m. PST on Oct. 17, which is technically midnight the next day in New Zealand.

For everyone else, Windows 8.1 will be available from retail stores or on new devices the following day, complete with performance enhancements and the long-awaited return of the Start button.

Microsoft also teased a "wide array of innovative devices" running Windows 8.1 on the way from its hardware partners this fall, all of which should be in stores in time for the 2013 holiday season.