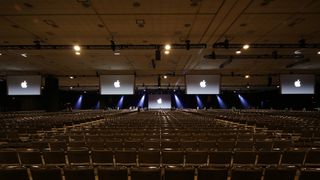 At WWDC 2015 in San Francisco this year we saw a slew of new announcements from the world's biggest tech firm.

The rumoured launch of iOS 9 and OS X 10.11 happened as expected, as well as the the anticipated Apple Music streaming service, plus updates on Apple Pay and Apple Watch.

Want to read it blow-by-blow, as it happened? Then check this out:

WWDC as it happened

12.24 - It's over. A two and half hour live blog. It's over. I can't feel my fingertips. Now to go outside to see if there's anything to take pictures of.

Bye all. It's been real. We'll all meet here each year and listen to The Weeknd to relive it.

Bet they've never heard the entire Basshunter back catalogue though.

He said ONE LAST THING NO PLEASE NO. Wait, there's a music performance coming, from one of the hottest new artists - it better not be U2.

Oh, it's the Weekend. Doing a premiere of his new song. Well done Mr Weekend.

12.16 - Just saw the advert - it was a lot of people listening to the same thing together in different scenarios. But it's just the radio! People don't listen to the radio like that! Hmmmm....

And get this: with Android support coming later this year!

12.15 - But can you make your own playlists from the streaming service?

12.13 - Siri is getting involved too - you can ask it to play a specific song or 'play the top ten alternative rock songs' and it'll get going.

Whoops - Siri heard the wrong song. #demofail. That's one of the 5% failures, I guess.

12.11 - Now we're looking at the place where artists can post to fans. These videos and pics from the likes of Chris Cornell and Bastille are clearly at Apple's request - why would any artist use this off their own back though?

It would be great if they did, but this service needs a groundswell to get going. Again: Google Plus should have been good.

12.10 - Beats One is on! It's Zane Lowe chatting to Florence and the Machines. It sounds like Radio One.

BEATS ONE. RADIO ONE. Synergy.

12.09 - The streaming stuff is baked right in. It's all about recommendations though right now - can you not search for your own favourite stuff? Oh, it seems like you can through top lists.

This is all really confusing. Music videos in there as well for some reason.

12.06 - Apple seems to be hiding the streaming stuff here - why is it not making a much bigger deal of it? It's more about your local music.

12.03 - Eddy Cue is about to give a demo - but first we have to give Phil Schiller a happy birthday. We're not singing though.

The new interface is a lot slicker, but I'm confused as to how easily you're going to see the streamed stuff or your own files - where's the distinction? Shouldn't matter, but if the quality is different then that matters.

Oh, there's a tab at the top. Problem solved.

12.01 - Drake is talking about how easy it is that all the information you want to talk about as a musician can now live in one place. But then again, Google Plus sounded like a game changer too.