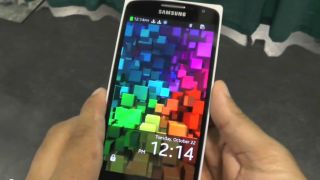 Tizen is making inroads as an up-and-coming platform right before we expect to see it on new phones at MWC 2014, adding 15 new partners including two important carriers.

Sprint and SoftBank Mobile have pledged their support to the open-source operating system, as have Chinese phone manufacturer ZTE and South Korean mobile game maker Gamevil.

With today's 15 new supporters, the Linux-based Tizen now has a total of 51 members as part of its partner program. It can officially say it has "more than 50" backers.

The addition of today's companies to this growing list helps alleviate the fact that Japan's number one carrier, NTT Docomo, recently put its support of Tizen on hold.

Tizen has deep roots in Samsung's Bada project, so it's no surprise that the South Korean electronics giant is thought to be premiering the first phone of its kind soon.

Leaked promotion materials have pointed to the phone being called the Zeq 9000 or the slightly more marketable "Zeke."

Other leaked photos have suggested that Tizen could land on Samsung's next flagship device, the Samsung Galaxy S5, but we don't expect it to replace Android any time soon.

In fact, Samsung executives don't anticipate bringing Tizen to the US right away because the market is too mature, filled with high-end handsets like the iPhone 5S and Samsung Galaxy Note 3.

Today's announcement may just be the beginning of Tizen news this month, as MWC 2014 is scheduled to kick off on February 24. We'll be on the ground for its entirety.