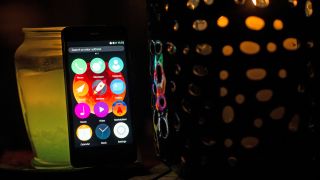 It's 2016, and the mobile world is two things: iOS and Android. The former, run by the world's most profitable company, began the smartphone boom. The latter, owned and administered by the world's foremost data-mining firm, expanded that boom to the farthest reaches of the globe.

Today, their dominance is so complete that it is almost impossible to imagine any alternate situation, for Android and iOS success is an inevitability, guaranteed and impossible to escape.

And yet this was not always the case. Since 2008 many firms, keen to get in on the lucrative smartphone game, have entered the fray with home-grown mobile operating systems. Some were beautiful, some were game-changing, some were just awful.

Sailfish OS, MeeGo, Firefox OS, BlackBerry 10, Windows Phone 7/8, WebOS: the past is littered with the detritus of many once great titans and smaller upstarts. Read on for a glimpse of what has passed, and what could have been.

Though the name 'Nokia' has not always been synonymous with smartphones, for many the first phone they owned came from the Finnish firm.

Indeed, in 2010 Nokia was the biggest phone manufacturer in the world, commanding over 40% of the total market at the time, a share that dwarfs that of any handset maker in the present. However, not all was well in Espoo HQ, despite the then healthy sales figures.

As with many companies that experience staggering success, Nokia got fat and complacent. Its internal structure grew bloated and incapable of reacting to quick changes. The firm subsequently failed to pay enough attention to the rise of Android and iOS, at least until 2011. It was then that the Nokia N9 was released, the first and only device to come bearing the MeeGo operating system.

Forged from code created at both Intel and Nokia, MeeGo was something slightly revolutionary. Boasting slim system requirements, an intuitive touch interface, message hubs and multitasking, the emphasis was on creating a flow through the user experience. The hope was it was something the opposition at the time simply couldn't match.

Ultimately, this system was a victim of the internal politics that would slowly claim Nokia's soul. Unconvinced by the potential of the system, and perhaps swayed by generous subsidies from Microsoft, CEO Stephen Elop published the famous 'burning platform' memo, burying MeeGo and the N9 in favor of Windows Phone.

Today the project exists only as a reminder of what could have been, and the tragic fall of Nokia into relative nothingness.

Created by a group of former Nokia engineers (with seed funding from the firm itself), Sailfish OS is heavily based on the code used in MeeGo. The only real difference is in the user interface, which had to be altered from the original 'Harmattan' version as Nokia retained the rights to this.

Instead, the user interacts with Sailfish through an innovative series of gestures, with minimal button inputs, again with the emphasis on flow. Apps are kept open, running in the background and can be pinned, as with MeeGo.

Jolla is the company behind the operating system (the name meaning "raft" in Finnish, and intended as a riposte to the 'burning platform' memo), and the life span of its products has been characterized by grand ambitions and neutered realities.

Offering the OS as a community project, Jolla has developed a small but devoted cult following around its product, but devices bearing the operating system, other than its own in-house effort, have been scant, even occasionally turning into vaporware.

2016 marked the birth of the first OEM device to come bearing Sailfish OS, the Intex Aqua Fish, intended solely for the Indian market. Jolla itself has since ceased production of its sole handset (the Jolla Phone), and the arrival of its first tablet has been somewhat botched as a result of a mismanaged Indiegogo campaign.

Now focusing solely on the production and refinement of its software offerings, things are still looking dicey for the firm, which recently had to accept a bailout following a difficult financial period.

Another operating system spawned from a former giant, as the name might infer, this was the brainchild of BlackBerry (formerly Research In Motion [RIM]).

In the period spanning 2002 - 2010, RIM enjoyed something of a meteoric rise, especially among businesses. Arguably the first company to get mobile email 'right', its handsets enjoyed enormous success, with particular fondness being reserved for their ever-improving physical keyboards.

Yet, as with Nokia, BlackBerry failed to pay significant attention to the rise and rise of Android and iOS. Over time, as its consumer base began to crumble quickly, it doubled down on business, and believed that it had something of an ace in BlackBerry 10.

Sharing much of the same design DNA as MeeGo and Sailfish, BlackBerry 10 is built around gestures, allowing users to swipe right and left, as well as from all four corners of the screen, while background apps are 'pinned' to the home screen, running slightly like widgets in the background.

Innovative as it was, by the time the software was released Blackberry had missed the boat completely. Launching to little fanfare, adoption was muted, leading to a series of internal power struggles and strife at BlackBerry, which saw enormous job losses and a complete change in priorities.

With the firm now shifting its attentions to the greener pastures of Android, testing the water with the likes of 2015's excellent BlackBerry Priv and the 2016 BlackBerry DTEK50, the future of Blackberry 10 is one of interminable decline. It still remains committed to the platform, but the likelihood of new BB 10 hardware remains bleak.