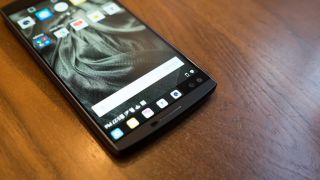 LG isn't wasting any time with the V20, we only recently heard that it even existed and now the company has revealed that it will officially be announced on September 6.

That coincides with the end of IFA 2016, yet despite Berlin's tech show seeming an obvious place to launch the phone LG has instead opted for San Francisco. It'll also beat the iPhone 7 announcement, which is expected to launch the week of September 12.

No timings have yet been given for the launch, but they're sure to be confirmed as we get closer to the date.

We also don't know what countries the LG V20 will arrive in. Given the San Francisco announcement a US release seems very likely, but hopefully this time around it will come to the UK and Australia as well.

But for now these are just rumors and there's also talk of a big 4000mAh battery and lots of power, plus the V20 is set to be one of the first phones running Android Nougat, so it's not all bad. Whatever the specs, if LG decks it out with two screens and two cameras again the V20 could certainly turn heads.