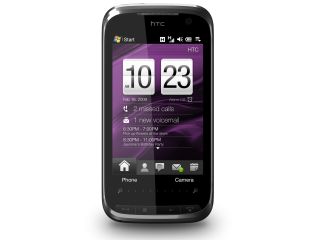 The Touch Pro 2 set to be usurped

HTC is rumoured to be bringing out the third in its Touch Pro series in Europe in Q3.

This means a similar UK release date for the nattily-named HTC Touch Pro3, but would be an odd choice for the Taiwanese firm.

According to a user over on the XDA-developer forums, the European HTC distributor has claimed the company is getting the first shipments later this summer, ahead of the Q3 release.

However, if the HTC Touch Pro3 did launch at this point, it would be months ahead of the Windows Phone 7 Series release, meaning it would be based on Windows Mobile 6.5.

We'd have to expect that the new phone would have the basic specs mandated by Microsoft, which would be the correct search, back and Windows keys on the front, a 1GHz processor and high resolution capacitive screen.

That would mean it could still be upgraded to the latter version of Windows Mobile - and ensure it wouldn't end up on the scrapheap months after release.