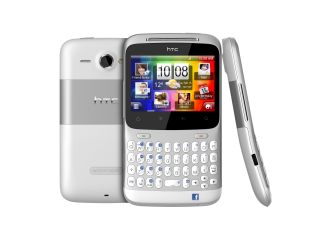 The HTC ChaCha must have performed badly in pre-release testing as it's been given a processor boost at launch.

The news was outed by online retailer Clove, which spotted that the device's listed specs feature an 800MHz processor, rather than the 600MHz offering we saw at Mobile World Congress this year.

We're not sure exactly what model CPU we're seeing here, but we assume it's a Qualcomm offering powering the Android 2.3 platform underneath the new Facebook phone.

Look at them Facebookers, thinking they're all that...

Apparently it has tickled Three's fancy, with the network launching the HTC ChaCha from today, offering the new phone from £20 per month or on PAYG for £249, which will surely entice in a few budget Facebook fans.

You can see the phone in action through a little video from Three - we're particularly impressed with the choice of sunglasses: