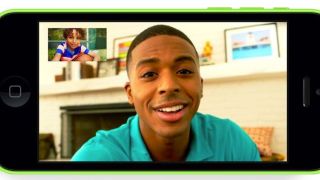 You may want to hold on to your iPhone 5

The "C" in the new Apple iPhone 5C stands for "Color" and its bright design is what sets this unapologetically plastic phone apart from the iPhone 5 that it replaces.

There's a more obvious difference in weight - the iPhone 5C tips the scales at 132g, while the discontinued iPhone 5 weighs 112g. The 5C's extra weight is undoubtedly due to the reinforced steel structure that provides the strength behind the wraparound polycarb shell.

It's a smart-looking design, too. The entire back and sides are reportedly made from a single part, so there are no seams or joints. The various buttons - volume, sleep/wake, the ring/silent switch - neatly match the plastic color scheme.

There aren't any improvements to speak of here. The iPhone 5C uses the same 4-inch (640 x 1136) Retina display as its predecessor. The panel crams 727,040 pixels onscreen, which works out at 326 pixels per inch. It's good, but it's still way behind smartphones such as the Samsung Galaxy S4 (440 PPI) and the Sony Xperia Z1 (440 PPI). Expect a screen upgrade when the iPhone 6 comes along next year.

If you expected a vast improvement in the iPhone 5C's camera, you'll be disappointed. But while it uses the same five-element, 8MP lens (with an f/2.4 aperture) as the older iPhone 5, Apple has thrown in some extra goodies to keep us quiet.

There's a brand new camera app for starters, which lets you shoot square images and features eight live filters so you can mess with your photos as you shoot them. The iPhone 5C matches the iPhone 5's 1080p video capture capabilities but with added video stabilization. It also improves on the 1.2MP front iSight camera. The Megapixels remain the same but there's an improved backside illumination sensor (BIS) for better performance in low lighting conditions.

At first glance, the two phones are identical - both support 3G/HSDPA and CDMA2000 networks, as well as 4G/LTE if your chosen carrier supports it. Apple does point out, however, that the iPhone 5C supports more LTE bands than the iPhone 5. Hardly surprising considering the global roll-out and the 5C's ultimate availability in far East markets such as Japan and China. In terms of Wi-Fi and Bluetooth connectivity, both handsets come with 802.11a/b/g/n Wi-Fi and Bluetooth 4.0. Still no NFC.

The iPhone 5C doesn't enjoy a speed boost and is based around the same A6 processor that drives the iPhone 5. This consists of a custom-built 1.3GHz dual core ARM processor with an integrated PowerVR SGX 543MP3 GPU. It's still a fast chip, although its performance has now been surpassed by the A7 processor that features in the iPhone 5S.

The iPhone 5C comes with iOS 7 installed, which offers a love it/hate it makeover of Apple's aging mobile software. However, it doesn't give the 5C an advantage over the old iPhone 5, as iOS 7 can be installed on iPhone models ranging all the way back to the iPhone 4. The good news is that iOS 7 makes Apple's iWork suite - Pages, Numbers and Keynote - plus iMovie and iPhoto available for free.

Apple is offering the Apple iPhone 5C with 16GB or 32GB of storage. It's one less option than the iPhone 5, which also had a top-end 64GB version. As usual, Apple hasn't chosen to break with tradition and include an expansion slot to boost the internal space.

In terms of battery life, we're going on what the spec sheets tell us. Again, there's not much of a difference between the two phones. The 5C offers 10 hours of talktime on 3G; the iPhone 5 was rated at 8 hours. The 5C's battery can last for around 250 hours on standby, compared to the 225 hours for the iPhone 5. Average usage is much the same - 10 hours on LTE, up to 10 hours on Wi-Fi, up to 10 hours of video playback and up to 40 hours of audio playback.

Bar the vivid design overhaul, the iPhone 5C is much the same phone as the old iPhone 5. The core features - processor, screen, connectivity - are the same, while the camera only has a few extra features. The 5C is a little fatter and heavier than its predecessor. There's also no 64GB version - you'll need to trade up to an iPhone 5S for that. But the bright colors and low(ish) price point (16GB is $99, 32GB is $199 with two-year contracts), make the 5C a decent if unspectacular replacement.