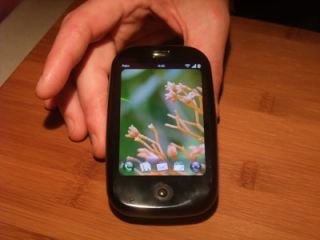 The new Palm Pre - HTC can apparently do better

HTC is apparently readying a phone that executives believe will be better than both the Apple iPhone and the new Palm Pre, enabling the company to stay near the head of the smartphone pack.

Executives from the Australian telecoms firm Telstra, who claim to have seen the new phone, believe that it is "better and more functional" than the current smartphone frontrunners.

"We have seen both and we believe that the new HTC phone will be a real competitor to the iPhone and the Pre which at this stage looks nice but is still not delivered to market," they said to Smarthouse.au.

The new handset will have a larger screen than those currently found on HTC's offerings, meaning it will be pushing heavily into the post three-inch display territory.

HTC's full line up for 2009 has accidentally been leaked to the internet, and a few of those handsets could easily fit the bill as 'iPhone beater', so we'll wait and see what the Taiwanese company comes up with in answer to Palm's efforts too.