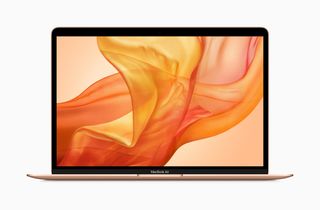 Apple officially unveiled the MacBook Air 2018 on Tuesday October 30, and benchmark results have emerged on the internet that show a noticeable improvement over 2017’s MacBook Air, though some people may feel the boost doesn’t go far enough.

The Geekbench results, which are a benchmark used by many people (us included) to test the processing power of computers, show that the new MacBook Air 2018 with Retina display sporting a 1.6GHz dual-core 8th-gen Intel Core i5 processor scores 4,248 in the single core test, and 7,828 in the multi-core test.

As 9to5Mac observes, this is around 27% and 28% faster than the single core and multi-core scores of the MacBook Air 2017, respectively.

This means you’re certainly going to get a better performance out of the new MacBook Air compared to last year’s model, though some people may be disappointed to see that the leap isn’t quite as drastic as they hoped.

The MacBook Air 2018 is 20% more powerful than the 12-inch MacBook in single core Geekbench tests, and 17% faster in multi-core scores.

Against the new MacBook Pro 2018, however, the MacBook Air 2018 doesn’t stand a chance, with multi-core scores being almost double in favor of the Pro. This shouldn’t be too surprising considering the more expensive nature of the MacBook Pro, which is geared more towards professional use cases.

We’ll have our full MacBook Air 2018 review up next week, where we’ll take a closer look at what kind of performance we can expect from Apple’s latest laptop.