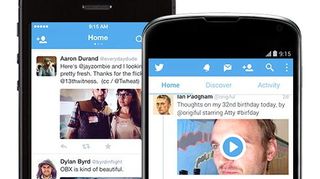 Twitter's first earnings report since becoming a public company has shown that user growth started stalling in the second half of last year, but CEO Dick Costolo has plans to make 2014 a big year for the social media giant.

During an earnings call, Costolo outlined four objectives for the company's 2014 roadmap to take on growth, and one of them could see the company develop a new product.

Hinting that Twitter could be getting further into the private messaging space, Costolo stated that one of the objectives is to make conversations - both public and private - easier.

He didn't reveal if that actually means a standalone app like Vine or simply a beefier Direct Message tool, but with the popularity of apps like WhatsApp, previous rumors of Twitter working on a messaging app could come to fruit this year.

Another objective with a focus in the mobile sphere, the social media giant will be looking at a new native sign up for tablets and smartphones to make getting onto Twitter easier

We could also be in for an overhaul of Twitter's current chronological structure of tweets, as Costolo noted that the company will be looking to better organize content to make things more easily searchable

Instead of all tweets appearing in the one stream, there will be a focus on topic-based discovery - meaning you may not have to scroll down an endless stream of tweets to find that funny picture or witty post.

Twitter isn't shy when it comes to trying new tools and features, already offering threaded streams, and this topic-based organization could help another objective outlined by Costolo - more photos and videos.

The social giant is hoping that offering a richer media experience will make the platform more accessible and attract new users, and could result in easier tools to upload Vine videos or add photos.

We'll wait and see what Twitter eventually does - and if any changes or tools actually stick - but it looks it's determined to shake things up.