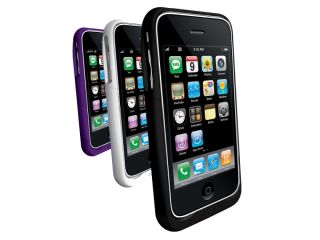 O2 is trialling a new 'Super 3G' mobile broadband tech, with a view to a release to consumers later next year.

The news will come as a relief to the many iPhone users in the UK who are daily wasting whole minutes of their lives while waiting for websites to appear on their phones!

O2's parent company Telefonia has begun of Long Term Evolution (LTE) tech trials, which looks like it is set to be the next-gen 3G broadband standard.

Alcatel-Lucent, Ericsson, Huawei, NEC, Nokia Siemens Network and ZTE are all providing devices to be used in the trials, with a mass rollout looking likely at some point in 2010.

"At Telefónica we are working with the conviction that we can only offer our clients the maximum levels of quality and innovation," O2 said in a statement.

"To do this, we are defining our strategy and the rollout of LTE with the objective of driving mobile broadband and offering the best service from the moment that the equipment and terminals can support the new standards and are available for sale."

LTE should provide upto 140Mbit bandwidth in its first rollout next year, with 340Mbit likely for the following version due 2011.

"LTE is however only a 3G technology (it doesn't meet the ITU's requirement for 4G which includes peak data rates of 1 Gbps), and as such, work is already under-way for it's 4G replacement - LTE Advanced - which will support these," notes ThinkBroadband.

"Even in the non-advanced form, LTE has the potential to be a fixed-line broadband killer as the speeds available will rival those of fixed broadband services which are likely to stay around a maximum of 24Mbps for many users for several years to come."