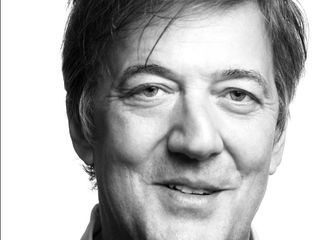 Stephen Fry is one of Twitter's biggest advocates

Stephen Fry has revealed how he regularly crashes websites with around 3,000 requests per second as a result of him tweeting a link to his 1.3 million plus followers.

In an exclusive interview with our colleagues on .net magazine, Fry says: "When I tweet a link it usually gets around two or three thousand requests a second. Especially if I word it in a way where I really want people to go to a site."

So Fry tries to warn site owners of the potentially server-smoking rush beforehand. "I just have to be very specific, and say: 'Please go to your web guys and your host and tell them this is the kind of traffic you could get," Fry explains.

"Fifty per cent of the time the site is down in seconds – even when we've contacted site owners and they've told us everything will be fine. It's often an unprecedented amount of traffic, and they don't have the required capacity."

Fry is, of course, a huge fan of Twitter, although he admits that its true potential is only just beginning to be realised.

"Wherever a lot of people are assembled, and are exchanging ideas quickly, there is always power. And people are only just beginning to learn how to use the API to its fullest potential."

To watch the full interview in streaming HD, head over to www.netmag.co.uk/fry.

This interview also appears in .net magazine issue 200, which is out now, and also includes a free .biz domain.