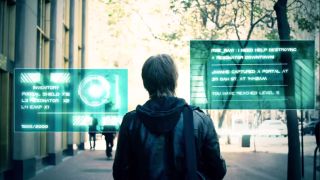 And Google Glass is in its sights

Ingress, the augmented reality game by Niantic Labs (a startup within Google), has picked up an impressively large following since its open beta started just over a year ago. But as it cracks eight million downloads, Niantic founder John Hanke is looking at where to go next.

The game launched on iOS earlier in the year, helping to boost its popularity significantly in a number of markets, particularly Japan. As a game that tries to meld virtual and reality by turning planet Earth into one massive battlefield, wearable tech feels like the next obvious step. And that's exactly where efforts are now being focused.

"We're working on the Android Wear technology that would let you play on a watch and other things that support Android Wear, so we're really excited to be finally writing code and working on that because we think that's a great enhancement to the game," Hanke told TechRadar. "The game's about getting you out and seeing new places, and appreciating architecture and art, so if we can do it in such a way that you don't have to look at your phone all the time, it'll go to the core spirit of the game."

Hanke explained that once it's up and running on Android Wear, users will be notified when they're near a portal, the real-life landmarks players must virtually take control of. "We're still working through the details on the UI in terms of which particular situations you'll be notified on your watch," he added. "But then you would be able to take an action just by tapping on your watch, so you'd be able to hack the portal, or attack the portal, or deploy Resonators on the portal just by tapping on your watch.

"You can't do all the stuff that you can do in the game client, but you can do enough so that if you've got 30 minutes at lunch and you want to go take a walk, and you pass by some portals, you can be building up your Ingress stats as you walk. It's much more keeping with the flow and keeping with the movement-type experience, so that you're not constantly stopping and accessing your phone. Maybe you're out with your friends who aren't into Ingress and you can suddenly blow up a portal and they'll be none the wiser."

Through the looking Glass

Hanke told us that we can expect to see Ingress hit Android Wear in a matter of "weeks". "I would expect in two or three months we'll have something, possibly sooner." He also confirmed that Niantic Labs has looked at using Google Glass, which Ingress may eventually arrive on via Wear.

But for now the focus is smartwatches, a device that Hanke believes is rapidly moving into the mainstream despite what the naysayers might tell you.

"I think we've gotten past that point where you had to accept the stigma of wearing a geeky piece of technology on your wrist, now that smartwacthes are attractive," he said. "I think it's just going to be what everybody wears as their timepiece. But Android Wear is an API that's supported by Glass and will be supported by other devices that aren't necessarily watches. So we think we're nicely positioned so that if someone finds a new way to get a piece of technology on your body, it should be easy for us to get it up and running on that. But I think the watches are a real deal, and I think Apple has done a good job on theirs."