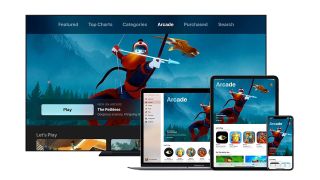 We've been eagerly awaiting the arrival of Apple Arcade since it was announced back in March, and now we have a few more clues as to what it will look like, courtesy of an internal early access program at Apple.

Details obtained by 9to5Mac show a few of the screens and the games as they look at the moment, via the Mac App Store.

Apple employees can get in on the action for $0.49 per month, but testing apparently only lasts until iOS 13 launches – we're expecting that to be in September (with the new iPhones), so this early access preview might be a short one.

There's also the option of a one-month free trial which is likely to be offered out to the general public, encouraging them to give Apple Arcade a whirl (Apple Music also offers a free trial to newcomers).

Some of the games highlighted in Apple Arcade at the moment include Way Of The Turtle ("two curious turtles lost on a cursed island"), Down In Bermuda ("voyage across the Atlantic on the journey of a lifetime"), and Hot Lava ("run, jump, climb and surf in first person across nostalgia-packed environments").

Apple has previously promised a choice of more than 100 titles when Apple Arcade finally opens up its doors, and developers are no doubt hard at work trying to get their games ready for the big day – a lot of games are currently marked as "in development".

Of course the design of Apple Arcade and the choice of games could change between now and whenever the service launches, but it's an interesting peek into what to expect.

Apple has yet to confirm how much Apple Arcade is going to cost, and there are other unanswered questions about the service too – like whether multiplayer features will be included. As soon as Apple makes anything official, we'll let you know.