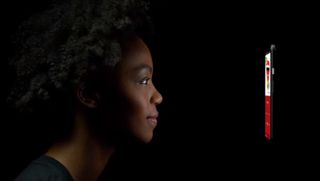 We’ve officially heard from Google that its upcoming Pixel 4 flagship smartphone will feature Apple-esque face unlocking thanks to a complicated array of sensors and camera systems on the front of the phone, but that might not be the only Google device gaining this biometric security measure.

A recent discovery by specialist website Chrome Unboxed has found mention of Face Detection in an update for the Chromium open-source project, which itself is responsible for the ChromeOS software that powers Chromebooks. (Eeesh, that’s a lot of Chrome…)

While this in itself isn’t solid proof that the feature is definitely happening, when coupled with the aforementioned Pixel 4 announcement, it's a fairly strong hint that Google will start implementing its Face Unlock in future Chromebooks.

Chrome Unboxed convincingly makes the case that the source code updates suggest the new feature is being “aggressively worked on” for ChromeOS and we could well see its debut in the anticipated Pixelbook 2 (believed to be codenamed 'Atlas') alongside the Pixel 4 launch this October.

What isn't known is how many older Google laptops the new tech will come to. While we know that the Pixel 4 will include an array of infra-red, dot-projector and other dedicated face sensors, the same isn’t true of most existing Chromebooks.

As such, if the feature is rolled out to older Chromebooks, it’s likely that facial recognition will be used as an optional layer of security to add more convenience – the suggestion being that, on Google laptops that only have simple webcams, users will need to enter their passcode once after booting the device, but could then quickly unlock the device using a face scan for the rest of that session.

Although any speculation surrounding the successor to the excellent Pixelbook must of course be taken with a grain of salt for the time being, the addition of Face Detection to Chromium does indeed look like it's almost official... we just don’t yet have any solid information on when it will become publicly available.