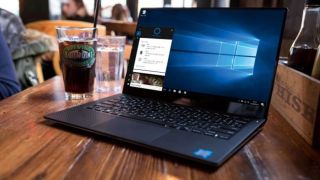 After every big Windows 10 update is released, it seems we hear about major gremlins affecting some computers – that’s certainly the case for the latest April 2018 Update – but how many users have been affected by PC problems caused by Microsoft’s desktop OS since its launch nearly three years ago?

According to UK consumer watchdog Which, no less than half of all Windows 10 users have been beset by problems with their PC.

This conclusion comes from a survey of 1,100 members of Which, with the issues encountered ranging from minor glitches to show-stopping bugs preventing the PC in question from working.

The most prevalent flaws in those encountered by respondents were software compatibility issues, as cited by 21% – including apps that failed to run entirely following an update. Hardware problems, such as a peripheral not working following an upgrade, were also commonplace, affecting 16% of those surveyed.

Some folks said their PC was slower following an update, and others ended up with a computer that failed to work or boot entirely. Of those unfortunates that fell into the latter camp, 46% said they had to pay someone to repair their PC, with the average cost of that work being £67 (around $90, AU$120).

As a result, the Which website is banging the drum for Microsoft to better consider the consumer rights of users, and to consider paying compensation to anyone who has experienced a loss of any kind – presumably of data, or time – thanks to a problem with Windows 10.

The watchdog further argues that digital content such as an operating system should be subject to the same rules as other products, and if faulty should be repaired or replaced. And if a repair attempt is unsuccessful, buyers should be able to ask for their money back on the OS.

The watchdog is also pushing for Microsoft to make it clear that there are possible downsides to the big updates that come out twice per year, and to give users a (more informed) choice of whether or not to accept any given upgrade.

Of course, you really need to run with the latest updates to ensure your Windows 10 PC has the best levels of protection, which is why Which is advocating that critical security updates should be a separate consideration that users will always be supplied with – while feature updates are a choice, as mentioned.

More choice is always good, in theory, although there’s something of a can of worms here in terms of the danger of fragmenting the user base across different versions of Windows, particularly when some features are going to change things in a big way (like Sets with the UI).

Microsoft has apparently agreed to consider these various proposals, and issued a statement to say: “We want to make sure our customers receive the right support they need to get the best Windows update experience and we will continue to review customer enquiries and issues on a case-by-case basis to ensure individual help and resolution where possible.

“In addition, Which members are very important to us so we are currently exploring ways in which we can work together in the future to ensure they have the support that they need in a way that is easy and quick.”

Which also said that more people had contacted its computing helpdesk concerning problems with Windows 10 over the last three years, than all other operating systems – both desktop and mobile – combined.