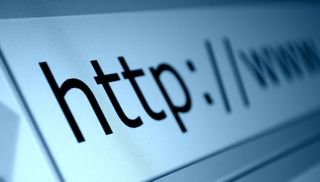 It looks like Microsoft's web browsers – including Edge – have hit a record low when it comes to user numbers, with analytic company Net Applications reporting that Microsoft’s browser share for September 2019 fell 1.8% to just 12% - an all-time low.

Microsoft’s share of the web browser market was improving, with it hitting 14% in April, but it seems that more people are leaving the outdated Internet Explorer – which fell to 6.1% market share.

However, while people are leaving Internet Explorer in droves, they are not migrating to its successor, Edge, which also saw a fall in user numbers in September, and now accounting for just 5.9% of the market share.

What’s particularly worrying for Microsoft is that while user numbers for Edge – which is installed by default in Windows 10 – are dropping, while Windows 10 itself is seeing huge growth. That means even fewer Windows 10 users are sticking with Edge.

Microsoft’s long awaited reinvention of Edge, built on rival Google’s Chromium engine, should be coming soon, and Microsoft no doubt hopes that this will help reverse Edge’s declining user base. However, it could be too little, too late.

While it’s bad news for Microsoft, it’s okay news for Mozilla, with its Firefox web browser notching up three-tenths of a percentage point in September. Now, that’s not a result to write home about, but at least it’s growth – something that Microsoft would kill for at the moment.

That leaves Firefox on 8.7% market share, which will frustrate Mozilla, as it has been working hard on improving Firefox – for example making it more secure and giving it a new look and dark mode.

Despite these improvements, it seems Firefox is still struggling to make major gains when it comes to user numbers.

While Microsoft and Mozilla struggle, Google’s Chrome web browser continues to dominate the market, with a huge 68.5% market share in September – up 2.1% over the last year – an almost insurmountable lead.

However, as ComputerWorld points out, Chrome hasn’t quite reached the highs of Internet Explorer’s dominance at its height – in January 2005, Internet Explorer had a giant 89.4% market share.

That makes Microsoft’s recent struggles to gain web browser market share even more remarkable. This was probably not the kind of news Microsoft wanted on the day of its October 2019 Surface event.