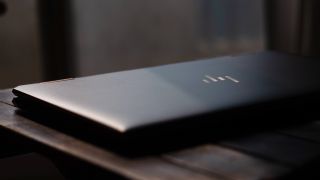 HP has launched its latest Spectre x360 convertible laptop in India, powered by 10th Gen Intel processors, up to a 4K OLED display, and 22 hours of battery life.

The HP Spectre series is known to marry a premium design with high-end specifications. The Spectre x360 is no different, bringing the familiar all-metal chassis to a convertible form factor that HP claims are the smallest in the world. That is achieved by reducing the display bezels and making a 90% screen-to-body ratio.

This is a 13-inch OLED panel with a 4K resolution. It also supports TrueBlack HDR with a contrast ratio of 1,00,000:1, and a Delta E of less than 2, signifying a wide color gamut. The shell is made of precision-cut aluminum CNC with chamfered edges. In terms of I/O, we’re looking at a USB 3.1 Type-A port, and a ThunderBolt 3 enabled USB Type-C connector, a 3.5mm audio jack, HDMI 2.0, and a micro SD card reader.

On the inside, the HP Spectre x360 is powered by 10th Gen Intel quad-core processors(up to i7-1065G7) along with Intel Iris graphics. RAM can be configured to up to 16GB and up to 512GB of SSD storage. Thanks to a 10nm fabrication process, HP claims that this laptop can touch 22 hours of battery life.

As for connectivity, the HP Spectre x360 supports WiFi 6 (802.11ax) and 4X4 Gigabit LTE for significant theoretical throughput improvements. HP is also ensuring that security is not compromised and has enabled this laptop with a webcam kill switch as well as an LED key to switch off the mic. The notebook can be logged in via a fingerprint scanner as well as Windows Hello with the IR camera.

In India, the HP Spectre x360 is priced at Rs 99,990 and will be available at HP stores, the HP Online Store as well as Amazon and Flipkart.