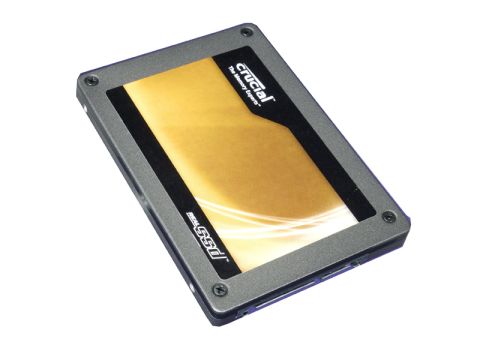 Along with the two Sandforce-based drives from OCZ and Corsair, Crucial's latest SSD, the RealSSD C300 128GB, falls into what we'd call the fourth generation SSD category.

Benefiting from all the lessons learned during the dodgy early days of SSD engineering, it's literally the latest technology.

The fact that Crucial still managed to cock things up early on with the RealSSD C300 just goes to show how difficult it is to knock up a decent solid state drive. First there were issues with the drive's TRIM support. When Crucial released a firmware to fix that, some users had problems with the update tool.

Anyway, a new update tool has been released and the C300 seems to be back on track.

As it is, we suspect few will be able to cash in on the C300's maximum sequential read performance of 355MB/s.

The C300's 284MB/s showing in the sequential read test is indeed I/O limited. Our Intel test motherboard only supports SATA-II.

As for write performance, in 128GB form the C300 is nothing special, clocking 145MB/s. Its bigger 256GB brother breaches the 200MB/s barrier.

However, as far as the synthetics go, it's 4k random performance that shows off the C300 best. On average, it's the quickest drive here.

Shame, then, that its application performance isn't quite as world beating.