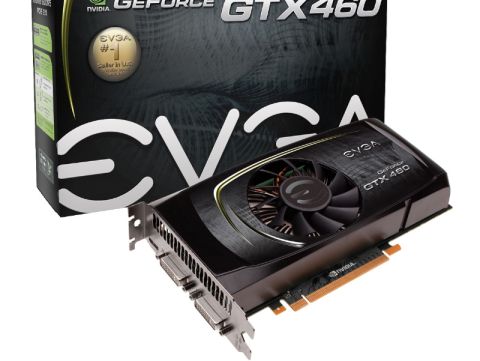 Overclocked out of the box, but is it worth it?

The only real hope for the 768MB versions of Nvidia's latest card, the GTX 460, lies in these pre-overclocked, such as EVGA's Superclocked and Asus' GTX 460 768MB TOP.

The 1GB version of the GTX 460 has been garnering impressive performance figures across the board and despite the fact its more expensive than the 768MB cards, that performance totally justifies the extra £20 you're paying.

Both the GTX 460s have the same clockspeeds, but the memory bus, cache size and ROPs count are different. They're both working on the same new GF104 GPU, based on the same Fermi technology that's in the GF100 GPU running Nvidia's GTX 480.

It's a more streamlined chip, and we've written a more detailed look at the GTX 460's chip architecture before.

These overclocked cards though hope to bridge the performance gap between the 768MB and full-fat 1GB versions.

Clockspeeds have been upped across the card along with the reassurance a long warranty covering that factory overclock gives you.