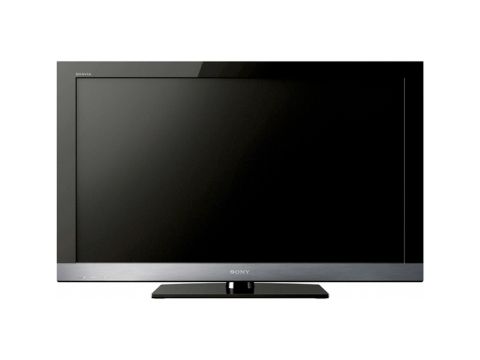 If you're after something more than just a basic flatscreen TV, this polished affair from Sony makes for a tempting option.

This 32in LCD TV lies near the bottom of Sony's Essential lineup, ranking below screens in the brand's Network, Signature and Cinematic ranges.

That leaves the KDL-32EX503 without an edge-lit LED panel, but it's unfair to call this a low-end LCD TV and it does have 100Hz. It may be firmly in the middle of Sony's lineup, but its combination of a Freeview HD tuner and a re-vamped online content hub makes the KDL-32EX503 worth some serious consideration.

The KDL-32EX503 effectively replaces the popular KDL-32W5500 from last year, adding a Freeview HD tuner, a wider compatibility with video files via either a USB stick/drive or DLNA networking and the possibility of wireless connectivity.

On the marketing for this set you'll find 'Wireless LAN ready' plastered all over it. In practice, this means that the set's USB input can accept a wireless dongle, though that's an optional extra.

In terms of looks, a metallic grey panel along the screen's bottom is all that interrupts an otherwise standard – and rather wide – gloss black screen surround. If anything it recalls the rather utilitarian, serious look of Sony's hi-fi systems, though we've certainly reviewed more solidly built flatscreen TVs.

Despite its relatively high-end looks, the KDL-32EX503 is a fat flatscreen; even without its desktop stand it reaches 96mm, which is around a third deeper than its LED-lit (and £200 pricier) sibling, the KDL-32EX503. A heavy desktop stand is included in the box and must be manually attached, though it does enable the TV to swivel once assembled.