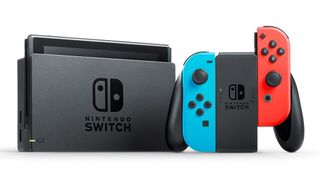 It’s always an odd feeling to find yourself owning a console in the wake of its initial release. A period where the hype has largely faded away, the fickle attention of social media’s most devoted players begin obsessing over Destiny 2 or a soon-to-be over-used meme. However, the fact remains you’ve just invested a good £300/$300 or more in a brand new bit of kit.

You already own the best game on the platform in the form of the eternally enchanting The Legend of Zelda: Breath of the Wild, but what happens when you’ve finally sucked Hyrule dry of all its worth?

That’s the neon-lit question mark that hangs ominously above Nintendo Switch right now. Where does the console with ideas above its station go next?

Start by doing your homework

Look Nintendo, every single console has faced a similar path, and each one has taken a vastly different path. Sony’s launch lineup for PS4 was a weak offering of cross-gen titles, but it string of strong first-party exclusives, DLC exclusivity deals and a consistent ad campaign saw it speed into a confident stride. The PR nightmare that’s dogged Xbox One since its own launch in 2013 certainly helped, but the performance of top-tier current-gen consoles don’t offer the full picture.

Nintendo isn’t trying to compete with Sony and Microsoft with Switch, but that doesn’t mean it should avoid taking heed of the PlayStation brand’s own unloved offspring: PlayStation Vita. It too launched to plenty of fanfare, and with a string of high profile titles to its name no less. It even had a new WipEout and a brand spanking new Uncharted game. Actual Uncharted, in handheld form. Sure, it wasn’t technically developed by Naughty Dog, but it sure looked, sounded and played like ol’ Nate in the palm of our hands.

And then it all started to go wrong.

Vita failed to seed that well in the market, and Sony - normally a master of marketing prowess - failed to capatilise on its key connective features with PS4. Despite the likes of Gravity Rush and Tearaway (two franchises that were later rescued from its stagnating bowels and reborn on PS4), Vita was left to die in the West. That’s just one of many fates that could potentially await Switch in the years to come, and it’s one Nintendo should be keen to avoid.

Thankfully, Switch is now Ninty’s primary platform (what with Wii U’s corpse rapidly cooling as we speak and 3DS still plodding along quite happily) so we can at least rest assured it isn’t going to abandon the joy of Joy-Con just yet.

The Legend of Switch: The Four Swords

Despite things seemingly calming down on the hype front, the signs for 2017 and beyond do at least have some promise. The four swords Nintendo needs to be building upon - a steady stream of Virtual Console releases, a consistent support for indie titles, a strong lineup of first-party releases and plenty of third-party games - are certainly beginning to form.

Switch launched with a handful of NeoGeo titles and it’s been heavily rumoured that the console will see the first wave of officially emulated Nintendo GameCube games. What better way to pass the time before Super Mario Odyssey than cleaning up the Mushroom Kingdom with Super Mario Sunshine?How about some Metroid Prime, Luigi’s Mansion or Mario Kart Double Dash?

There are plenty of titles Nintendo didn’t re-release on Wii U so there’s a lot of room for Nintendo to turn its machine into a retro-friendly haven - something Vita desperately needed as its main marketing spin.

Then there are those first-party releases. If the Global Testfire of Splatoon 2 last month was anything to go buy, the family-friendly online shooter is primed to be another killer app for Switch. If Ninty is willing to pour the kind of advertising and marketing it used for Wii and 3DS on Splatoon 2 in the build up to its summer release, it’s destined to rule in the brighter months.

Then there’s Super Mario Odyssey. Nintendo’s premier mascot, the face that runs the place, returns at the end of the year and it’s likely going up against some of the biggest titles of the year. It’s been a long, long time since Nintendo dominated in the winter games window, but a full-fat 3D platformer a la Super Mario 64 is probably the best way to make that happen.

Playing in the big leagues

As big as those titles are, there certainly aren’t enough to keep Switch relevant in the console conversation over the next few years. Pikmin was never a unit shifter and isn’t worth the effort, but a new Metroid and a new Smash Bros?

Those are big names, especially with the hype that always builds up around Nintendo’s iconic beat ’em up, are exactly what Switch needs. And let’s not forget the strong presence Smash Bros has carved out for itself in the eSports scene, something that could marry very well with the competitive feel Nintendo marketed Splatoon 2 with when Switch was first announced in 2016.

eSports is only going to get bigger, so Nintendo should ride the wave of its own licences and continue to invest in a growing scene. So what about those indies?

The independently developed scene proved to be one of PS4’s most successful investments in its first few years, thanks mostly to many of them being included in Sony’s PS Plus subscription (remember how big Rocket League became off the back of its PS Plus association).

Nintendo has already confirmed over 60 titles from the indie scene are set to hit Switch in 2017, with some even being exclusive to the platform. Nintendo has also confirmed its yet to be enforced online subscription service will included free games every month. Sure, it’s a combo with Sony’s name all over it, but why change a formula that’s proven itself elsewhere?

However, if Switch is really to do more than just survive, but thrive in the modern gaming scene, it needs to embrace some of the features that have become community mainstays. Switch’s screenshot sharing setup is even easier to use than PS4 and Xbox One, but where’s the streaming support?

Twitch and YouTube streams have become a huge part of gaming (and a serious money-making career for many), so if we can all download a Twitch app on our phones, Nintendo knows it can easily introduce one to Switch, too.

Oh, and it really needs a web browser and some popular streaming apps. People love Netflix, Amazon Instant Video and Crunchyroll so why force them to enjoy these platforms elsewhere when your console has been sold on the freedom of its ‘enjoy your Switch anywhere’ benefits? Switch can’t just look like a tablet, it needs to function like one as well.

Nintendo has generated a lot of hype with Switch, and it’s already selling well enough to suggest it’s already going to be a greater success than Wii U, but if Switch is going to be memorable addition to the current generation it’s got a lot of work to do. Switch needs to avoid becoming another Wii (a very successful, but short-lived console) and instead chase the kind of success it enjoyed over 20 years ago with Nintendo 64.

It’s a lofty goal, and a difficult one to set your sights on, but with this many beloved first-party franchises to its name, a unique concept and the kind of strengths we’ve covered here Switch could become the monster success Nintendo so desperately hopes it will be.