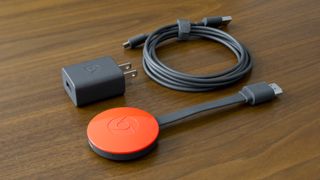 Update: According to Google, the bug has been identified and a fix will be rolling out to Android phones via a Play Store update. The bug in question lies within the Cast software on Android phones, which have been reported to send large packets of data that can lead to a slow-down in Wi-Fi performance.

Until the update lands, Google suggests rebooting your phone and ensuring that your router's firmware is current.

If you've been experiencing Wi-Fi dropouts and slow speeds on your home network recently, certain Google devices might be to blame according to several users in the Google Home Help Forum, as reported by Android Police.

One anonymous user in the forum started a thread after noticing that their Wi-Fi network had started dropping out with alarming frequency upon returning home with an Android device. As an experiment, the user disconnected their Google Cast-enabled devices from the network, including an Android handset, multiple Chromecasts and Google Home Mini units. The result? A stable network that has had no dropouts or issues since.

After doing some research online, the user noticed several other posts from people with similar issues, all from around the same period (December 2017). The issue was reported on the forums of several router manufacturers, leading one representative from router-maker TP-Link to return with an explanation.

"From what we have gathered so far, the issue appears to be related to some recent releases of Android OS and Google Apps," said the representative, further explaining that the "issue stems from these devices’ “Cast” feature, which sends MDNS multicast discovery packets in order to keep a live connection with Google products such as Google Home."

Normally, this would occur at 20-second intervals, however, TP-Link's engineers discovered that "the devices will sometimes broadcast a large amount of these packets at a very high speed in a short amount of time," sometimes exceeding "more than 100,000 packets". In other words, devices like Chromecast and Google Home are basically DDoSing your router with more requests than it can handle.

Thankfully, the issue is now a known one, with some router manufacturers already offering instructions on how to roll back to earlier versions of their firmware that protect against the problem. Linksys, on the other hand, has already incorporated "a new WLAN driver that will help mitigate an issue that was discovered where Android devices coming in and out of sleep mode would crash the Wireless Network."

If you're still having issues, we suggest disconnecting your Google devices from your Wi-Fi network to see if that fixes the problem. If not, the issue may lie elsewhere.