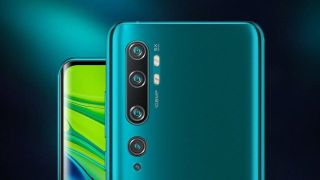 Xiaomi has confirmed that the Mi Note 10 will launch in Europe later this week, right after the Chinese unveiling of the Mi CC9 Pro on November 5.

The Mi Note 10 will launch in phases in Europe and will start with Spain on November 6, just a day after that Chinese launch. While Xiaomi is yet to confirm the relation between the Mi Note 10 and the Mi CC9 Pro, they are likely to be the same phones with just a slightly different software skin for China and other countries.

The launch is earlier than the previously rumored dates of November 11 and 14, but those could be the launch dates for other European countries. There’s still no word on when or whether the Mi Note 10 will come to India.

In the build-up to the Chinese launch, Xiaomi has already unveiled some of the main specifications of the device. The Mi Note 10 will be powered with the Snapdragon 730G chipset with 6 or 8GB of RAM.

The most notable aspect of the Mi Note 10 will be its cameras. It will be the world’s first smartphone with a 108MP penta-cam setup. This array will consist of a 108MP primary camera, implementing the Samsung ISOCELL Bright HMX image sensor. This will be followed by a 20MP ultra-wide lens with a 117-degree field-of-view.

The third camera will be a 5MP super-telephoto lens with 5x optical zoom, 10x hybrid zoom, and 50x digital zoom. Next up is a 2MP macro camera with a focus distance of 1.5cm, and a 12MP depth sensor will complete the roundup. The selfie camera will be a 32MP shooter.

The Mi Note 10 will run off a big 5,260 mAh battery with support for 30W fast charging. Xiaomi says that the phone can charge from 0 to full in 65 minutes. The display will be an AMOLED panel with a Full HD+ resolution and will have an in-display fingerprint scanner under it.

The Chinese launch event will also see the debut of the Mi Watch, the Mi TV 5 series, a new Mi Air Purifier and other accessories. It’s unclear if these will follow the Mi Note 10 to Europe on November 6.