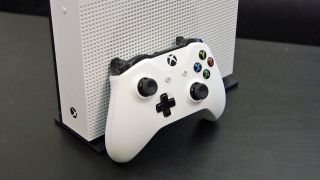 Microsoft's Xbox Preview Program has got a new name - and with it, has opened the floodgates to allow all Xbox One players to test it out.

The Xbox Preview Program was an invite-only testbed for new Xbox One features and apps. It's now been renamed the Xbox Insider Program, and now no longer requires an invite to try out - you simple have to opt-in to test the cutting-edge apps coming to the console.

The Xbox Insider Hub will be your one-stop shop for first look access to new Xbox One features, ranging from early-access games to announcements and beta apps.

The new Xbox One Experience

However, while the Xbox Preview Program allowed testers to get early access to the more substantial over-arching system updates in advance of the masses, that won't be the case with the Xbox Insider Program.

Instead, Microsoft will be relying on its existing volunteers when it comes to field testing new system updates for feedback.

Somewhat contradictorily, the changes will be rolling out to preview members first, before the Xbox Insider Hub is released to all Xbox One owners in the next few weeks.

It'll be accompanied by a revamped user interface, taking its cues from the New Xbox One Experience, which will offer speed boosts for the UI and deeper integration with Windows 10.