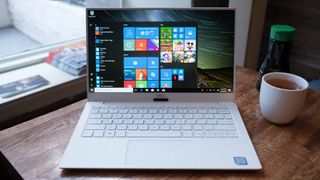 Microsoft’s efforts to woo the education sector appear to be paying off, with a new report claiming that its Windows operating system is the preferred choice for PCs and tablets used in classrooms.

The report, by Futuresouce Consulting, suggests that in the first quarter of 2018 Windows devices made up 44% of shipments in the education sector, beating Apple and Google.

However, while Microsoft maintains a lead worldwide, in the US it's behind Google, whose Chrome OS software powered 56% of devices shipped in the first quarter. If the success of Chromebooks in the US is replicated worldwide, Microsoft’s lead could be under threat.

It should be noted though that Futuresource’s data only includes mobile devices such as laptops and tablets, and not desktop PCs – we imagine that Microsoft holds a more impressive market share when it comes to desktop PCs.

The market for computers in education appears very healthy in 2018, with shipments growing by 10% year-on-year in the first quarter of the year in the US, amid promising signs that this momentum will continue throughout the year.

In the rest of the world, shipments grew 0.23% year-on-year, which may seem rather flat, but in key markets there was continued growth. In Europe, for example, the educational device market increased by 14.3% compared to the year before.

It appears that the sub-$300 (£250, AU$400) price category is where the real growth is coming from, with schools and parents looking for affordable devices for students.

Both Microsoft and Apple are looking at increasing their focus on this area, which is one where Chromebooks currently excel – see, for example, Microsoft’s alleged moves to create a budget ‘Lex’ Surface device.

Meanwhile, Apple recently released a new iPad with Pencil support for below $300 for educators.

It’s great to see companies embrace the educational sector in this way and design products that appeal to students, teachers and parents, and it looks like their efforts – especially in the case of Microsoft – are paying off.