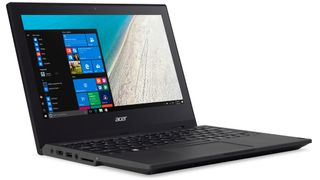 Microsoft has clarified how it intends to proceed with turning Windows 10 S into a ‘mode’ rather than a standalone variant of the operating system, with the change happening in the next (imminent) big update for Windows 10 – and the good news is there’ll be no charge to upgrade from ‘S mode’ to the full-fat version of the OS.

In a blog post, Joe Belfiore, Corporate VP of the Operating Systems Group at Microsoft, also confirmed that S mode would be applicable across all versions of Windows.

You’ll be able to buy a PC with Windows 10 Home or Windows 10 Pro installed that has S mode enabled, and businesses will be able to purchase machines running Windows 10 Enterprise with S mode running by default.

You can then make the decision to switch out of S mode and unlock the full version of Windows 10 at no charge, regardless of whether you’re a business or education customer, or just the average consumer.

As you’re probably aware, Windows 10 S is essentially a lightweight version of the full-fat operating system which is locked down to run only apps from the Microsoft Store, in order to deliver better security. It also allows for easier configuration and deployment of multiple machines in an office or classroom environment.

As mentioned, Belfiore said that S mode would be coming into play with the next major Windows 10 update, thought to be called the Spring Creators Update, and likely to arrive in the very near future – probably next month.

That’s surprisingly close to realization, then, especially given that yesterday Belfiore indicated on Twitter that this move was something that was planned for next year, not next month.

In the blog post, Belfiore mentions that the reason for the change is due to users finding the naming of Windows 10 S confusing, and presumably not really understanding what the alternative spin on the OS was all about.

Hence rather than having it as a separately-named standalone entity, the decision was made to transition it into a mode of operation. It’ll still work in much the same way in terms of conferring the aforementioned security benefits (and faster boot times due to its streamlined nature).

Interestingly, Belfiore also says that Microsoft expects the “majority of customers to enjoy the benefits of Windows 10 in S mode”, which seems to point to a future where more folks are using S mode than aren’t.

That seems like a major change in philosophy for Microsoft, given that the current Windows 10 S has been pushed as a vehicle primarily targeted at the education sector.

Belfiore noted: “We expect to see new Windows 10 devices ship with S mode, available from our partners in the coming months.”

Currently, there are just over 20 devices that ship with Windows 10 S installed. When it comes to machines running S mode, we can expect that number to multiply hugely if Microsoft really does want to push this concept to the majority of its user base.

Interesting times ahead, for sure…