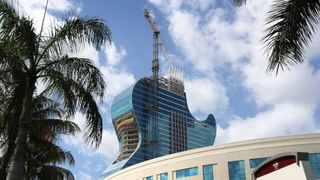 Ad breaks are seldom included in the fun of television broadcast. In fact, we often mute or ignore them entirely until our show returns. But there's one night in February when the ad break is finally accepted, celebrated even - the Super Bowl.

As the Chiefs and 49ers train, the fans sort their snacks and splash out on Super Bowl TV deals, and the halftime show performers rehearse, the world's biggest brands are also preparing to take center stage in the eye-wateringly expensive commercial slots.

To make the most of advertising's one night of celebration, we're taking a look at the five upcoming Super Bowl commercials we know are on their way and can't wait to see. We're omitting the Presidential election category here - we all know who's paying for what during the Super Bowl ad breaks, as well as exactly what they're trying to sell, so let's cut straight to the good stuff.

If you're taking a hatred of ads all the way to the big game, check out the best ways to live stream Super Bowl 2020 without commercials.

What we do know is that Coca-Cola is returning to the traditional ad slot in 2020 after taking a back seat and opting to display a commercial before the National Anthem in 2019. It's bought a single segment this year, running at 60 seconds, so it definitely has something up its sleeve. What, or who, that is remains a mystery - and we all love a mystery.

Super Bowl LIV is being played on home turf for Hard Rock International, with the Hard Rock Stadium playing host to the big game this year. That means it's never been a better time for the resort and casino chain to make its debut appearance in the ad slots. Of course, it had to go and hire Michael Bay to direct the commercial itself - there's nothing like a bit of Armageddon drama to heighten the impact a little.

In front of the camera, however, Hard Rock will be showing off its brand new guitar-shaped hotel at the Seminole Hard Rock Hotel and Casino in Hollywood, Fl. You'll find the ad, rumored to be packed to the rafters with top celebrities, just before the halftime show.

Another newbie bringing something big to the Super Bowl commercial slot, Sabra is hoping to trigger your craving for hummus(!) with its upcoming ad slot starring a whole smorgasbord of reality TV celebs.

Sabra has snagged previous Ru Paul's Drag Race contestants Kim Chi and Miz Cracker as well as T-Pain and Teresa Guidici and Caroline Manzo from The Real Housewives of New Jersey. From what we've heard so far, that's a pretty broad melting pot of reality TV stars, so bringing them all together to celebrate hummus will certainly be a commercial to catch. You'll find 30 seconds of whatever this ends up to be during the second quarter of the big game.

We're not sure what Facebook is trying to convey by sticking Chris Rock and Sylvester Stallone at the bottom of the steps of the Philadelphia Museum of Modern Art, but we're here for it. Facebook enters the Super Bowl commercial space with a setup we've known about since Stallone himself leaked behind the scenes footage in December.

We know there will be a Rocky callback, some Chris Rock stunts, and some kids making model rockets, all tied back to Facebook's push for Groups. Let's just hope it doesn't run next to the electoral campaigns...

Missy Elliott and H.E.R have already been teasing their upcoming Pepsi Super Bowl commercial, and recorded cover of the song Paint It Black, with a series of videos released earlier this month. What exactly Pepsi will be pulling out the bag for its own Super Bowl commercial is uncertain. We know the giants will be using their hallowed time to rebrand Pepsi Zero Sugar, and with their track record of iconic Super Bowl ads, we're intrigued by the single 30 second slot they've booked out for themselves.