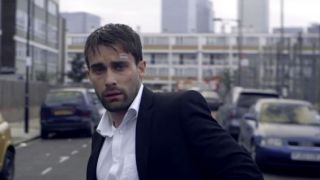 A TV production company, has been amongst the first to successfully release an entire TV series on popular social media platform, Instagram.

The first episode was released February 1 and one episode per day will be screened throughout the month.

Director Anthony Wilcox explains the reasoning behind the Instagram release.

"I was keen to shoot something quickly that could potentially reach a big audience. Instagram felt like the perfect platform to do this…"

Wilcox is keen to state that this isn't in partnership with the platform, but instead he had identified its reach and direct fan interaction as a bonus, using the space to allow the show to use a mixture of still and video clips to augment the story.

Using high production values, and having been planned for over a year, the series hopes to be the first to start its own niche of "Social Cinema".

"We wanted the filmed episodes to be as cinematic as possible." continues Wilcox. "To push some boundaries and surpass expectations about what may be possible within the restrictions we were working to."