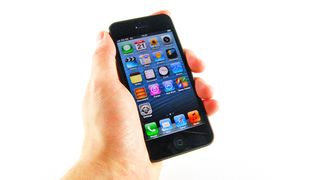 If you or someone you know is still clinging on to an iPhone 5, it needs to be updated within the next week to iOS 10.3.4, otherwise the handset is going to lose a serious amount of functionality.

The App Store, iCloud services, the ability to send and receive emails, and access to the web are some of the features you'll lose if you don't update in that time – so that covers a lot of the important stuff you do on your phone.

Apple says the problem is down to a GPS-related time bug that affects the way GPS services track times and dates (it's a bit like the millennium bug). Most modern devices have been built to cope, but some older hardware can get confused.

That older hardware includes the iPhone 5, but if you are still using one, then you should already know about this: Apple has been displaying full-screen alerts warning people to install the newest update.

Keeping your phone (and every other device you own) up to date is of course good practice anyway – that's why these updates are usually set to install themselves manually without much in the way of user interaction.

Sometimes though we can put off updates for whatever reason. As a result, our phones and other gadgets miss out on some important security patches and bug fixes.

If you don't manage to update your iPhone 5 in time – November 3 is the deadline – then all is not lost, but you will have to use a computer to backup and restore the handset rather than relying on over-the-air updates.

Fortunately this should only apply to a small number of users – the iPhone 5 launched back in September 2012. The iOS 10.3.4 was originally pushed out in July, so most affected handsets should already have the patch applied.