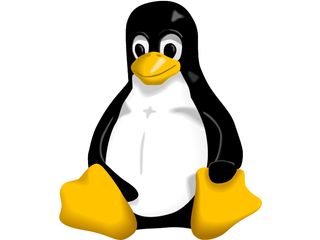 The last visible supernova in the Milky Way galaxy was the 1604 explosion in the constellation of Ophiuchus. Despite Kepler's best efforts, this was before anyone had hardware powerful enough to study the event in detail and learn from it.

As a result, scientists have spent years waiting patiently with their new bits of kit for the next explosion, which is due some time soon. It may not happen tomorrow, but the sheer number of stars in the local galaxy makes it inevitable.

There are similar rare and inevitable events in the world of free software, one of which we're about to witness for the first time since anyone took an interest in such things.

A vital open source project is about to run out of fuel and, possibly, explode. Thanks to Nokia's jump to Windows Phone 7, from the frying pan into the fire, its free software darling, the Qt toolkit, has been left living on vague promises and shell-shocked, hollow enthusiasm. Nokia has pledged some continued investment, bonuses for developers who stick with the platform and even a phone or two that might use it.

But the truth is that Qt is deprecated, the project has stalled and its future is uncertain. It's an event long anticipated by the world of free software.

This is important, because it's the Qt toolkit that drives the KDE desktop - one of the most popular and widely used desktops in the world of open source. And because Qt has always been a commercial product, KDE has always benefited from its exceptional documentation, stability and design - the kind of attributes that come from a well financed project.

The KDE team now has a choice. It can either choose to observe what happens to the toolkit and play along with whatever new leadership emerges, or it can take control of the source code itself and roll it into the core of the KDE project, something it has the complete freedom to do thanks to the LGPL licence used by Qt.

Many people, myself included, have argued that KDE and Qt should really be the same anyway, and this might be the perfect opportunity to make it so. There's plenty of duplication, for example, where you find that KDE does the same thing as Qt, only slightly differently.

But even that has changed with recent releases, as both teams have attempted to merge their best ideas into a single API. It's thanks to the LGPL that we have this choice. This is one of the most liberal free software licences a project can use, and it's meant that while Trolltech and Nokia have always sold expensive commercial licences to the toolkit, free software projects have been able to build their own and link to the library freely.

Were this a proprietary toolkit that the Finnish phone giant had decided to drop, there would be nothing left to save and this column would be arbitrary. Instead, like the elements thrown from a supernova, this is a rebirth of sorts for Qt.

It can still be copied, forked and improved upon, with or without the support of its principle owner. Many of us who believe in the viability of open source software are keen to see exactly what happens and how things might change as a result.

The main problem will be that, to some extent, Qt will still be developed commercially. This will create a conflict between the free software developers, who might want to take control over the API, and the traditionalists who are happy to use any new features and releases as they appear.

Personally, I think this will lead to a fork for Qt, unless there's some sort of management buyout for the API itself. But a fork will help KDE to become a far more homogeneous and influential desktop if development continues, simply because it will be the whole package.

All of this is happening at a crunchtime for the Linux desktop. Gnome 3.0 has released, the first major update for eight years, and it's trying to outmanoeuvre KDE in the innovation stakes after years of sober stability.

KDE itself was just about getting usable again, and Ubuntu has thrown the cat among the pidgins with its new Unity shell for Gnome. The Nokia and Qt drama only helps to further highlight the jeopardy.

In many ways, this is the monumental test of the viability of free software, and whether the Linux desktop has missed its chance, with nothing to do now except fade into greater obscurity.

The Nokia/Qt event is likely to outshine any other news for the next few months, and when it finally fades, we'll hopefully be left with a new constellation.