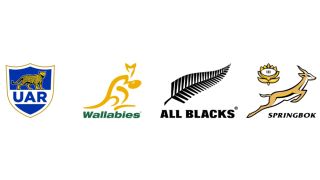 This year's Rugby Championship has served as an intriguing precursor to the forthcoming World Cup in Japan, with Australia, New Zealand, South Africa and Argentina once again lock horns for bragging rights across the southern hemisphere.

With the tournament reduced to three rounds the winner could easily spring from any of the Wallabies, All Blacks and Springboks going into the last weekend.

We're in for a fascinating last weekend  of Test rugby so keep scrolling down to see how you can catch a live stream of the 2019 Rugby Championships.

If you're abroad and in a country that's not showing the Rugby Championship, or if you're not by a TV come kick-off time for those games – don't sweat. With numerous online channels and, crucially, the option of a VPN service, you can tune into each fixture no matter where you are in the world. And best of all, it's really easy to do:

Watch the Rugby Championship with a VPN
Scroll down to find out your rugby viewing options from various countries around the world. But even if the place where you live isn't showing the action, you can always use a VPN to dial in to a country that does have a stream. A VPN is perfect for this as it allows you to change your IP address so you appear to be in a completely different location. We've tested hundreds of VPNs and can recommend ExpressVPN as the best VPN service currently available.

Express VPN (comes with a 30 day money back guarantee)
This is the #1 rated best VPN in the world right now. You can watch on many devices at once including Smart TVs, Fire TV Stick, PC, Mac, iPhone, Android phone, iPads, tablets etc. Check out Express VPN and get 49% off and 3 months free if you sign up for an annual plan.

How to live stream the Rugby Championship in Australia

Fox Sports Australia will be showing the Rugby Championship down under. The Fox Sports package doesn't come cheap, BUT there is a two week FREE trial if you want to give it a try before you buy.

Australians can also live stream 2019 Rugby Championship action via the Kayo Sports streaming service, which features no lock-in contracts and also includes access to over 50 sports, both live and on demand.

How to watch the Rugby Championship 2019 in New Zealand

Sky Sport will be showing every game of the Rugby Championship in New Zealand. For those without a subscription, free-to-air Prime will have delayed coverage of each All Blacks game in the tournament.

How to live stream the Rugby Championship in South Africa

Live coverage of the Rugby Championship in South Africa will be shown on subscription service, SuperSport.

SuperSport doesn't always offer live streams of its coverage, so if you want to watch from a mobile device you may wish to give a VPN a try and tune into another nation's coverage, as explained above.

How to stream the Rugby Championship 2019 live in the UK

Sky Sports has the rights to the the Rugby Championship so you'll need your subscription to catch it on the box. For streaming on your mobile device, Sky Go is the service you need.

You can also stream the Sky Sports coverage live via NOW TV, which offers attractive limited-time passes for Sky Sports starting at £8.99 per day and £14.99 a week.

If you find yourself outside the UK and want to watch one of the games, don't worry about geo-blockers on your account – simply grab a VPN and follow the instructions above to live stream the action.

How to watch the Rugby Championship: US live streams

ESPN+ has added another string to its bow by bagging broadcasting rights to every 2019 Rugby Championship 2019.

You can sign up for ESPN+ right here for $4.99 per month, and then watch a live stream of the game on your computer via ESPN.com, or on your phone (Android and iPhone compatible), tablet, Roku, Amazon Fire TV, Apple TV, Chromecast, PlayStation 4, Xbox One, or other streaming device via the ESPN app.

Another option is logging in to another nation's broadcast via a VPN. So if you like the Sky coverage in the UK for example, you can tune in to that instead assuming, of course, that you have a subscription.

How to live stream the Rugby Championship 2019 in Canada

TSN is the network you need for watching the rugby in Canada, with live coverage split across TSN2, TSN5 and online via the TSN website and TSN App.

No access to TSN? Don't be disheartened. Instead, scroll this page upwards and check out how to use a VPN to live stream the Rugby Championship coverage from another location.