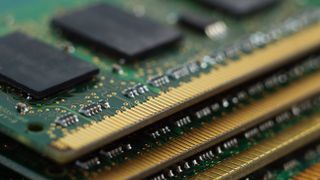 The price of a stick of RAM could drop massively later this year – potentially by something like 40% – so if you are thinking of buying some new memory to upgrade your PC, it might be worth waiting (contrary to another recent report – more on that later).

We were already hearing about falling RAM prices back at the start of 2019, and a new report from Gartner indicates that memory prices could drop by as much as 42% over the course of this year.

This is due to a “demand-driven oversupply in the DRAM market”, meaning that manufacturers have simply made too much of the stuff in expectation of a greater demand which has failed to show up. And they will now be competing with each other to sell, hence driving down prices.

This is Gartner’s belief, anyway, and indeed the analyst firm thinks that this oversupply issue will persist through to the middle of 2020.

Gartner further clarifies: “The decline is due to signs of a slower demand recovery at the hyperscale vendors and the increasing inventory levels of DRAM vendors. This ends the longest period of undersupply seen in the DRAM industry.”

Another factor is the ongoing security fracas between the US and China impacting on trade at a broader level.

All this is obviously good news for anyone looking to build a new PC, or upgrade their RAM over the course of the next year or so. In theory, anyway.

You might, however, recall that only last week another report claimed that DRAM module pricing would be going up, and RAM would be getting more, not less, expensive (as well as SSDs).

This alternative speculation came from DigiTimes, but we are inclined to trust Gartner’s guidance more, on balance – Gartner is an analyst firm, after all, and DigiTimes has been known to get things considerably off the mark in the past (although DigiTimes could still be correct in its assertion about SSDs).

At any rate, it’s worth bearing in mind that both sources are just estimating and making guesses based on what they’ve heard on the silicon grapevine.

Certainly looking at the current picture, and the RAM situation as outlined earlier in the year, it seems a drop in price is more likely – although whether it will be to the tune of 40% is another matter.

It’s a nice thought, though, if you’re finally thinking of making the jump to 16GB for your PC, for example.