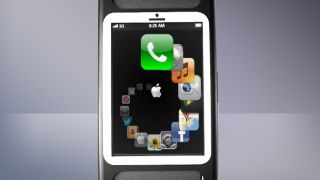 There's no shortage of fitness metrics that the iWatch is rumored to monitor, and now it looks to have just as many senior medical executives behind it.

Apple's new product category, while still not officially confirmed, has created jobs for at least half a dozen biomedical experts, according to Reuters.

Of course, it has reportedly picked off these medical researchers from other notable institutions, including Vital Connect, Masimo Corp, Sano Intelligence and O2 MedTech.

The new recruits' work is said to be going into iWatch sensors that could keep account of your activity and vitals including steps, heart rate and blood pressure.

Sleep tracking, while not a part of today's report, has also sent an expert to Cupertino by way of Philips, according to previous iWatch rumors.

The newest medical guru who may have a gig at Apple is Divya Nag, founder of Stanford accelerator StartX Med and co-founder of another startup that is using pluripotent stem cells to treat heart disease.

She's two weeks into working on an unspecified healthcare product, according to Reuters, and her background lends further reason as to why Apple had to meet with the FDA.

Apple is also likely to be partnering with Nike, which recently announced that it won't be making any more FuelBand hardware beyond the FuelBand SE.

The cozy relationship between Apple and Nike means we might see the swoosh logo at the press conference if not Nike's proprietary Fuel score.

Apple's deal making and hiring certainly seems to suggest that it's mounting a wrist-worn competitor to Android Wear and the stylish Moto 360.

We may find out about both in a few weeks at Apple WWDC 2014, happening in June.