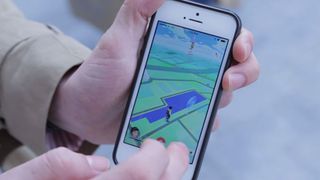 If you're a Pokemon Go player, you're probably a really great person. That, roughly speaking, is the conclusion of a new study just released on how Pokemon Go players differ from the average person on the street.

A team of media researchers at the University of Wisconsin surveyed 399 people online three weeks after the game was released, asking them questions about their social and emotional lives, as well as their levels of physical activity, before asking about Pokemon.

“People told us about a variety of experiences with differential relationships to well-being,” said James Bonus, who led the research. “But, for the most part, the Pokemon Go players said more about positive things that were making them feel their life was more worthwhile, more satisfactory, and making them more resilient.”

More than 40% of the survey respondents were Pokemon Go players, and those people were more likely to be exercising and experiencing positive emotions than the study average. Players, the team said, were also more likely than non-players to be making new friends and deepening old friendships.

“The more people were playing, the more they were engaging in behaviors that reflected making new connections — making Facebook friends, introducing themselves to someone new, exchanging phone numbers with someone, or spending more time with old friends and learning new things about them,” Bonus said.

Interestingly, people who showed more social anxiety were not less likely to be Pokemon Go players, despite the game's social nature.

“We don’t look at media this way that often, but maybe we should,” said Bonus. “We often focus on media violence and aggression and hostility, but there are opportunities where media is contributing to good life experiences.”

The full details of the research were published in the journal Media Psychology.