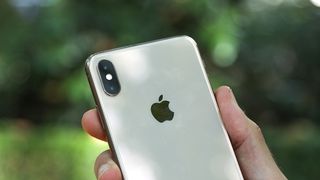 Replacing the battery can be one way to prolong the life of an older iPhone, but if you chose to use a third-party service rather than going directly to Apple or one of its authorized providers, you may have lost access to one feature.

'Battery Health' is a way to monitor your phone's battery performance day to day. It was introduced back in iOS 11.3, but now it will be restricted if your phone detects a battery that wasn't installed by an authorized Apple provider.

According to iFixIt, users are getting the message, "Unable to verify this iPhone has a genuine Apple battery. Health information not available for this battery."

If you head to an Apple Store or an Apple authorized service provider to replace the battery you'll still be able to use the feature, this is only if you opt for another service that isn't recommended by Apple.

So far, this change only seems to affect the iPhone XS, iPhone XS Max and iPhone XR, but it's likely to take effect on upcoming iPhones running iOS 13 software and beyond too.

Rumors suggest we'll be seeing the iPhone 11 and perhaps an iPhone 11R next month on the year anniversary of the iPhone XS's introduction.