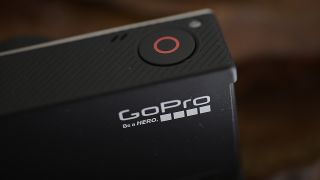 Following a dismal start to the year, GoPro is cutting its lineup in half.

The company will stop sales of its three lower-end Heroes beginning in April, according to The Verge. Those are the Hero+ LCD, Hero+ and standard Hero, currently GoPro's least expensive camera.

CEO Nick Woodman did confirm the Hero 5 is due out this year, along with the Karma drone for 4K video recording (and flying, don't forget the flying).

We've put in a call to GoPro to see whether it may bring the discontinued cameras back at some point or offer more than four models down the line, and we'll update this article when we hear back.

The company's revenue has plummeted 31%, and it's warned investors 2016 will be a difficult year.

A tighter lineup and new products like the Karma may help stanch some of the bleeding. You can check out the company's latest 4K promo vid for the drone below: