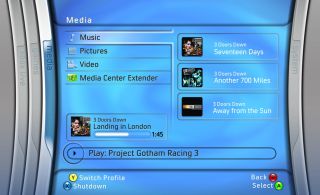 The Xbox 360 games console has cols close to 12 million units around the world, sales are still strong

Microsoft says it is looking into a spate of cases where Xbox Live customers are having their accounts hijacked by hackers. The unlucky gamers are allegedly being defrauded by crooks who like to buy Microsoft Points with other peoples credit cards.

An Xbox Live gaming clan called 'infamous' goes as far as to list the accounts it has stolen on its own website, whilst also giving the reasons why. For instance, the 'MAVRICK i2aPeS' account was hijacked because the owner "Talked so much s**t to GoD and entire Clan!" whilst the 'JuStCaLLMeRaZoR' account was was captured because "its BxR RaMpAgE, also jacked JuStCaLLMeFRESH".

Whilst this clan may not be stealing credit card information, it does demonstrate how some people find it very easy to steal log in details from unsuspecting users.

Microsoft's decision to look into the possible fraud on the Xbox Live network comes after it previously denied that any account theft had taken place.

"Xbox Live accounts have not been stolen. Any reports stating that are false. Xbox Live has strict policies against hacking and will penalise any individual who attempts to do so" it said.

Xbox Live is a multi-user gaming network originally developed for the first Xbox console. Certain aspects of the Live network are now also available via Windows PCs as well as on mobile phones and the Xbox 360.