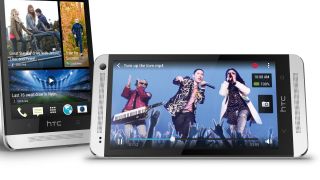 It's all down to you, HTC One. No pressure

We crowned the HTC One the best phone in the world today, so it's no surprise that HTC is banking on the handset to turn its financial frown upside down.

Component supply woes meant that the handset launched in too few territories to make any impact on the company's income for the first quarter, with revenue of $1.45 billion (£932m / AU$1.4bn) a shadow of the same period in 2012.

That's a lot of pressure to put on the HTC One which has been dogged by supply issues (as has its main rival, the Samsung Galaxy S4).

Peter Chou, HTC's CEO, described the less-than-stellar first quarter as a "pivotal" one and added that cash flow is not a problem for the company despite these results.

He also confirmed that HTC will continue to make Windows Phone handsets for the foreseeable future.