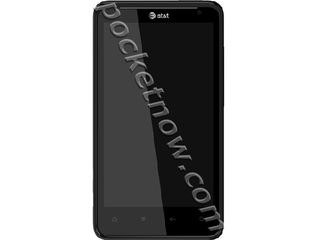 We're all going on a HTC Holiday, no more Apple for a week or two

Details of an upcoming handset codenamed the HTC Holiday have surfaced online, with rumours of a enormous 4.5-inch screen complete with qHD resolution.

If all that's true, the Holiday had better come with a super-powerful battery too, or it won't be much good to anyone.

The specs come courtesy of renowned HTC-leaker 911Sniper, while PocketNow has dug up a photo of a fairly standard-looking HTC Android handset that may or may not be the HTC Holiday.

While the HTC Holiday seems headed to US network AT&T, we'd be very surprised and, frankly, a bit hurt if a variant doesn't make a sojourn over to our fair shores.

The AT&T branding suggests a spot of LTE/4G connectivity action, although that won't do us Brits much good at present.

As the old adage goes, a change is as good as a holiday; in the phone world, it looks as though a Holiday could be a very exciting change indeed.

From 911Sniper via Phone Arena