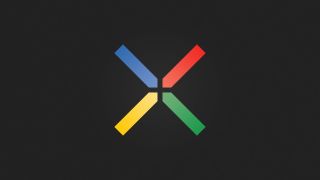 In case you couldn't tell, we're smack dab in the middle of "hot rumor" season for the two upcoming New Nexus devices, codenamed Sailfish and Marlin, which are both said to be crafted by HTC this year.

We already know a surprising amount about these devices, like that they'll be Android Nougat front-runners and that each will be packed with more than enough power to run Google Daydream virtual reality applications.

But Android Police has collected some more knowledge to drop onto the pile. Actually, it's enough info to compile a complete render. But how much of it is stuff that we didn't already know? As it turns out, quite a lot.

A closer look at the render

According to its sources, both of the devices will take on a similar, aluminum-finished look à la iPhone 6S and iPhone 6S Plus. When it launches later in the year, the phones will be available in a few different colors: silver, black, and "electric blue".

On its back, we see a simple "G" Google logo sitting comfortably where the company usually lets its Nexus partners splash their brand. In February, we reported on Google CEO Sundar Pichai stating that he wanted "Apple-like" control over the Nexus lineup in the future. Based on the render, it looks like the future could already be underway.

Lastly, you've probably noticed for yourself that, if this render holds any truth whatsoever, this year's Nexus devices look to be an interesting culmination of ideas learned through the Nexus 5X and Nexus 6P.

It has the minimalist design language shared between the two phones, and appears to iterate on the thin strip of glass found on the Huawei-made Nexus device by extending it downward. And, also like the two 2015 Nexuses, the rear-facing fingerprint sensor will be back.

An axe to the bump

But perhaps the biggest change that's visible in this mock-up of leaked details is that the camera bump is totally gone. Both LG and Huawei did a commendable job of turning its protruding cameras into somewhat of a signature look, but hopefully, designing around a camera bump won't be necessary this time around.

We'll have to wait until later this year to find out if the final products look anything like the render. But tell us: how do you feel about the design presented in the mock-up?