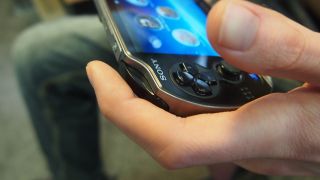 Having created the compact disc, and steered the gaming world away from cartridges to that format, it now looks like Sony could be embracing the cartridge once again.

Sony’s filing includes very little information about the product itself, but plenty of imagery that’s quite telling.

The patent application is blatantly titled 'Electronic Game Cartridge', and depicts something that looks like a cross between a classic PlayStation memory card and a Nintendo Switch game cartridge. We’re not sure what the hole toward the top is for, and that connection port seems awfully proprietary.

It's all a little confusing, as this is assumed to be a video game storage format. Every cartridge product used to store game data within the past several years has been metal contact-based, as with SD cards. This port suggests a different method of transmitting data, looking something like HDMI or the classic 40-pin iPhone port.

It's hard to avoid making a connection between this new Sony patent and a previous one. Back in early 2017, the company published a patent for a handheld game console that looked awfully similar to the Nintendo Switch.

Now, we see a patent for a video game storage format, one that’s solid state and therefore can take a tumble, and which is ideal for a portable console.

Plus, while we've noted the apparently retrograde nature of Sony's move to create a new cartridge-based game storage medium, it’s not as if Sony is new to the format – the ill-fated PlayStation Vita employed flash-based media for its games.

There’s no way of knowing whether Sony intends to deliver on these patents, but it does seem like the company has spent considerable time and money at least investigating the possibility of re-entering the handheld gaming arena.

Here’s hoping that Sony’s thirst for revenge drives it to develop a compelling handheld gaming option – because the Vita was actually pretty fantastic where it counted.