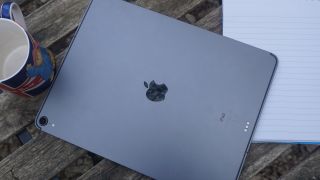 The new iPad Pro in 2020 might be one of the most anticipated tablets of the year, after their were no premium iPads released in 2019. In fact, the last generation came out in 2018, so there's lots of new tech Apple could pack into its newest slates.

So, instead of the iPad Pro 2019, as we initially thought we'd get, we're looking to the iPad Pro 2020 generation. Luckily, we haven't been left totally wanting, as a few leaks and rumors have started trickling in on the new top-end iPads.

Other Apple products we expect to see in 2020:

Apple's high-end iPad Pro slates are the embodiment of premium hardware, with each new year adding more innovation to the pile, and the 2020 iPad Pros are set to build on the fantastic 2018 models.

2019 was an interesting year for slates, thanks to Samsung doing its best to provide competition in the form of the Samsung Galaxy Tab S6, and also because it's the year Apple released a bespoke operating system for tablets, iPadOS. So while Apple didn't end the year with new iPads as we were expecting, it could start 2020 with the new slates instead.

Apple had a knockout 2019 with product launches, between its new iPhone line which includes the iPhone 11, iPhone 11 Pro, iPhone 11 Pro Max, the Apple Watch 5, and the new entry-level iPad 10.2. This latter sits at the opposite side of the price spectrum to the iPad Pros.

There haven't been too many leaks or rumors surrounding the new iPad Pro models yet, at least compared to iPhones like the iPhone 12, but the few we've heard paint a pretty picture, so the newer slates could be the best iPads of Apple's portfolio. We’d assume there are two different sized models, like 2018’s iPad Pro 11 and iPad Pro 12.9, but iPad Pros have seen different sized models in the past, so a change here wouldn’t be unheard of.

Beyond rough guesses, and a few rumors here and there, we don’t know much yet at all, which is why we’re speculating with our dream wish-list. First though, here's what we have heard.

There was talk of a new iPad Pro model landing in October 2019, but that of course didn't happen, and Christmas 2019 came and went without it available too.

As for when the new iPad Pro will arrive, at least one source suggests we might be waiting until March 2020, while another has said it will land sometime during the first half of 2020. That's a claim we've also heard from Ming-Chi Kuo - a respected Apple analyst, so it's likely to be accurate.

Interestingly, the same source has also said a new iPad Pro could land in the third quarter of 2020, so we might get two iPad Pro launches in 2020.

Of course, there’s no official confirmation that new tablets will be released at all, but new iPad Pro registration details filed by Apple itself suggest there will be.

If you know much about the iPad Pro devices, you know the price is the most off-putting thing about them, as they’re the definition of high-end premium gadgetery, and we wouldn’t expect that to change with the new iPad Pro models, especially if they have any of the upgrades we’re hoping for.

While the cost of the peripherals will likely stay the same, we may see the iPad Pro prices themselves creep higher, though we don’t know how high just yet.

The main iPad Pro 2020 leak so far is a photo supposedly showing the back of a dummy unit, on which three cameras are clearly visible.

That would be quite an upgrade, as the current iPad Pro models only have one rear lens. We don't know the specs of this camera trio, but it would make sense if they were the same as the iPhone 11 Pro, which has a 12MP f/1.8 main lens, a 12MP f/2.0 telephoto one and a 12MP f/2.4 ultra-wide one.

This would be a curious development, as most people use the front-facing camera on a tablet a lot more than the rear ones – an iPad is a bit too bulky to use for photography while out-and-about, but the front-facer is used a lot for video calls and selfies.

Another source claims the next iPad Pro could have a 3D depth-sensing lens. We've since heard again about a 3D sensor system on the slate. This would apparently allow you to create 3D reconstructions of rooms, people and objects, and would be joined by two other lenses.

Apple analyst Ming-Chi Kuo has also added weight to the claims, saying that the camera is likely to use a time-of-flight system to measure the time it takes light to bounce off objects and build up a 3D picture that way.

Other than the three cameras there aren't any surprises in the leaked image - the back looks to be metal with roughly the same design as the iPad Pro 11.

A rumor from a major Apple analyst suggests future iPad Pro devices could have miniLED screens instead of LED, which would be a big change for two reasons. Firstly, it means screen quality would be better, as in general LED displays are higher quality than LCD (which we get into further). Secondly, miniLED is a lightweight technology, so iPad Pros with that screen tech could be thinner and lighter than current models.

The analyst suggests the miniLED screens will debut in a 12.9-inch iPad Pro in the third quarter of 2020, one which will also apparently have an A14X chipset. So if as has also been rumored we see an iPad Pro in early 2020, it will probably have an LCD screen, with the miniLED model landing later.

What we want to see in the new iPad Pro

As we don't know much about the upcoming iPad Pro series, we've put together a few things we'd like to see.

Previous generations of iPad Pro used LCD screens, as have all iPads in general, so it’s clear Apple are committed to the technology in its slates. However, LCD screens have a few problems, like poorer black reproduction that you don’t get in OLED or AMOLED displays.

Samsung is really stepping up its tablet game, and the Samsung Galaxy Tab S6 has a Super AMOLED screen with a better resolution than iPad Pros, so if Apple wants to stay competitive it’s going to have to increase its screen quality.

Better screen quality is a particular necessity in the iPad Pro, as many professionals use the device to work – many of which really need the best display tech possible to correctly view color, details, or anything else they’re working on.

The iPad Pro (2018) range comes with decent battery life, but if you’re using your iPad Pro for something strenuous like video editing or gaming the charge can drop quite quickly. Apple Arcade in particular can tank battery charge in no time.

Even if you’re not putting the iPad Pro’s processor through its paces, the giant screen often means the battery will drop quicker than you’d like, so after a day or two of normal use you’ll find the battery pretty low.

With iPad Pros getting more and more like laptops, it’s time for Apple to really boost the battery life of its slates.

Just as the battery capacity could be improved, so could the speed it takes to charge that power pack up.

When you use the iPad Pro charger that comes in the box, it can often take a matter of hours to power the tablet up to full, and that’s just too slow if you’re popping into a coffee shop to charge up or can only plug your slate in for a short while.

Apple sells 30W chargers on its website, so we know the tablets can support the fast charging, and we’d love to see this kind of adapter in the box – alternatively, we’d like to see the base charging speed increased somewhat.

While Apple’s Face ID systems on the iPad and iPhone were originally touted as market-leading, they’ve become rather overshadowed by facial recognition systems in other smartphones, and now it can feel a lot quicker to turn on an Android device than an iOS one.

In the most recent iPad Pro range, Face ID felt a little unreliable – it wouldn’t always pick up our face, and when it did it could be a little slow to do so. We’d like to see this change, with upgrades to the facial unlocking system, because at the moment it’s quicker to type in a password than try and convince the tablet to recognize you.

The iPad Pro devices are meant to be premium devices, but it’s hard to argue that case when you look at their RAM – 4GB really isn't’ enough at this point (the 1TB models come with 6GB, but that’s still fairly low).

Many high-end smartphones now come with 8GB RAM, as does the Samsung Galaxy Tab S6, and some even come with 12GB. This extra processing power is just as useful for navigating the user interface as it is playing games, rendering video, or arranging your files, so it’s quite a surprise the the iPad Pros have a below-average RAM.

If the RAM was improved in the new iPad Pro range, the tablets would be much more useful for many different business and leisure functions – and the devices would be able to square off against the competitors more.

If there’s one common complaint with most people who’ve used an Apple Pencil, it’s how it connects to the iPad Pro physically – it connects to the slate with a magnetic bar on the top of the device (when it’s held horizontally), with which it wirelessly charges.

However, if you’ve ever put your iPad Pro in a bag while the iPad Pro is connected (which you very likely will do if you’re taking it to work or a coffee shop), you’ll pull it out again, only to discover the pencil is missing. This is because it doesn’t take much work to accidentally knock the Apple Pencil off, or have it fall off in a bag or while pulling it out the bag.

Samsung has a physical dock in the Galaxy Tab S6 for the S Pen, and if there was something similar in the 2019 iPad Pro range, it’d get rid of those frustrating occasions when you pull the tablet out your bag without its stylus.

We’ve already heard that Apple is planning to release 5G iPad Pro models that let you use your cell network to connect to the internet when out and about, just like you can do on 4G now with your iPad Pro. This rumor states that’ll be in 2021, but we’d like to see it sooner.

With advances in cloud computing, 5G is going to be an increasingly important part of many different workspaces, so it’ll be important for tablets designed for professionals (like, for example, an iPad Pro) to have the connection.

Imagine being able to game on the go on a massive 12.9-inch tablet, use online processing power to edit a photograph, or download an entire file of documents in seconds so you can work on them straight away – this kind of functionality is why 5G tablets are important.

Like the Apple Pencil, the Smart Keyboard Folio is a peripheral that sometimes has its problems.

For one, when the Folio is folded, its keys are face-out, so you can sometimes accidentally find yourself pressing them. It’s not backlit either, when a keyboard of its price really could be, and on top of that it can be rather noisy too.

The Apple Pencil had a poorer original version before it became a more useful tool like it is today, so perhaps a redesigned Smart Keyboard will be a powerful tool for productivity too.