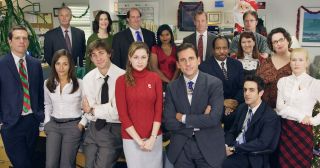 The NBC streaming service now has a firm launch date, as the US broadcaster eyes up the end of Netflix's streaming rights to The Office.

As reported by Variety, NBCUniversal CEO Steve Burke confirmed the April 2020 release window in an earnings calls with Wall Street analysts. This is around nine months before it gains the rights to the American remake of The Office, which is set to be a tentpole series for the TV streaming service.

But NBC will also be looking to produce new original programming for the service, with Burke hinting at "originals tied to libraries we currently own" – possibly meaning renewed seasons of since-ended shows, spin-offs of well-known classics, or maybe just something featuring Steve Carell.

We previously reported on the planned streaming service, which is set to be free for any US viewers with a traditional pay-TV subscription – partially as a way to protect owner Comcast's revenues in cable television. There will also be an ad-supported model for those without a pay-TV subscription, and a paid or ad-free version costing viewers around $12 a month.

The service will reportedly be based on the infrastructure behind Sky's Now TV platform, which offers an alternative to the likes of Netflix in the UK and Europe.

It's uncertain whether we'll get the service outside of the US, though NBC's connections with Sky could see the latter become a provider for NBC-owned shows, or Netflix continuing to host the likes of The Office in other territories.

Netflix, Disney Plus, and the fight for licensed shows

Why all this fuss over one show? The Office is a big draw for people to subscribe to Netflix, with nine seasons and a total 201 episodes over its eight-year run. First airing on NBC back in 2005, Burke calls it "tied to the DNA" of the broadcaster.

Netflix also has the loss of various high-profile shows leaving its own service, with the impending November 12 launch of Disney Plus set to take back any Marvel and LucasFilm properties for Disney's own use.

It's likely we'd see police sitcom Brooklyn 99 pulled from Netflix for NBC, too, though again possibly only in the US.

It's no surprise to see NBC joining the call for more original content, too, which could sidestep further expensive licensing fees for existing shows – just as Netflix has done with its burgeoning range of Originals like Orange is the New Black, Stranger Things, or Bojack Horseman.