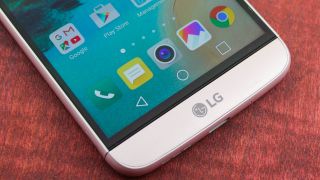 LG G5 and LG V20 owners will soon have another thing in common besides their rear dual-camera lenses: they're both about to run Android Nougat.

South Korea is LG's home territory, so it typically gets all LG phone launches and software updates first, with US and UK release dates following weeks later.

That's exactly what's happening here. The LG G5 update is said to be coming to "the Americas, Asia and other markets in the weeks to come."

Curiously, LG didn't bother to label the UK or Europe in general in today's press release, opting to use the word "other markets." That's on top of not bothering to launch the LG V20 in the UK.

LG says that it has streamlined the user experience for speed and convenience. Searches, for example, happen across user-install apps, not just pre-installed ones.

There's a brand new multi-window interface for switching between apps with a double tap, and they can be run side-by-side.

Notifications are said to be smarter, too, and if LG matches what we've seen on Google Pixel and Nexus phones with Nougat, that means nested notifications.

Everyone lucky enough to be in a position to receive the LG G5 Android Nougat update will see a phone notification as soon as it's available to update.