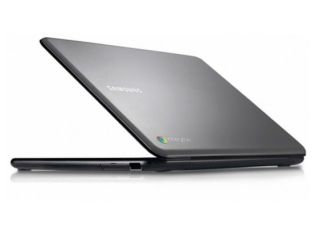 The newly announced Samsung Chromebook will arrive on 24 June in the UK for £349 for a Wi-Fi version and another £50 for the 3G model.

Samsung's press release for the Chromebook gave the details of what the British will pay – and yet again the disparity in price between what it costs in the US and the UK will raise eyebrows.

"The Samsung Series 5 will be launched in the UK on 24th June, said Samsung's release.

The UK market is always more expensive – with companies citing tax and higher rent, for instance – but the Brits are unlikely to be impressed at such a huge hike for the British market.

The Samsung Chromebook specs are: